BALTIMORE (WMAR) — A Baltimore man was sentenced to life in prison for killing a man during a dice game in 2020.

Danjuan McBride was convicted in the retaliatory shooting death of Tavonte Briggs. 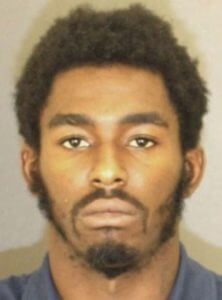 McBride was found guilty of first-degree murder, use of a handgun in the commission of a violent crime and disqualified person in possession of a regulated firearm.

Police said that on July 25, 2020, Briggs was in a dice game with McBride showed up and started shooting. McBride continued chasing and firing more shots until Briggs collapsed.

According to court documents, McBride’s mother and step-mother said separately that he confessed to killing Briggs. Cellular tower analysis also placed McBride in the area of the murder at the time.

McBride was found guilty in Briggs’ murder on March 21.

“The ruthless way in which these men’s lives were violently cut short exemplifies the dire need in our communities to interrupt the cycles of violent retribution and retaliation,” State’s Attorney Marilyn Mosby said. “While I am immensely proud of my misdemeanor division chief Owens and his unwavering commitment to ensure justice was served for these victims and their families, I am saddened to witness more examples of an outright disregard for human life by some in our city.”

This story was originally published June 28, 2022 by WMAR in Baltimore, an E.W. Scripps Company.