Police say Stephen Kenion, 56, began to sexually abuse his victims back in 2009.

One of them, who was only 14 at the time, became pregnant and gave birth to Kenion’s baby in 2011. 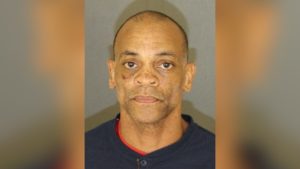 The relationship reportedly ended a year later, but the two remained cordial in order to co-parent.

About the time their child turned two, the victim started noticing Kenion spending time with another young girl.

Investigators later learned Kenion started sleeping with that girl when she was just 10-years-old and in the fifth grade in South Baltimore. Kenion taught karate at that girl’s school from 2019-2012. The girl said she went to his classes, and stayed late because of issues at home that made her not want to go back.

That relationship ended several months ago, when the victim learned of a third young girl Kenion had been seeing.

This victim told detectives that Kenion started assaulting her in 2014 when she was only 8-years of age.

Investigators now fear there could be more victims.

Baltimore City Schools said Kenion was last hired in 2020 as a vendor to teach martial arts in the system.

“There was nothing in his background checks and fingerprinting that precluded him from employment,” said Sherry Christian, of Baltimore City Public Schools.

Kenyon is currently on administrative leave.

This story was originally published Sept. 29, 2022 by WMAR in Baltimore, an E.W. Scripps Company.