On Tuesday Davis was arrested in Parkland, Florida on a domestic battery charge. 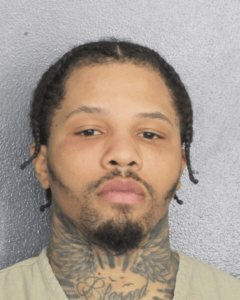 An arrest report obtained by The Associated Press said Davis hit the woman with a “closed hand type slap” at a home in Parkland, Florida, on Tuesday, causing a small abrasion to the inside of her upper lip.

Davis, 28, remained in a Broward County jail Wednesday afternoon on a domestic violence charge of battery causing bodily harm, according to criminal records and a jail official.

News of the arrest comes just days before a January 7 fight on Showtime against Hector Luis Garcia in Washington, D.C.

The incident is Davis’ latest run-in with the law, as he is also preparing to go on trial in February for a 2020 hit and run crash in Baltimore that left a woman hospitalized.

It’s also not the first time that Davis has been accused of domestic violence.

In February 2020 Davis was charged for allegedly battering his former girlfriend in Coral Gables, Florida. That case was ultimately dropped, ESPN reported.

For now, the undefeated 130 pound championship fighter is still scheduled to face-off against Ryan Garcia on April 25 in Las Vegas.

This story was originally published Dec. 28 by WMAR in Baltimore, an E.W. Scripps Company. The Associated Press contributed to this report.