CLEVELAND (AP) — Myles Garrett looked composed and casual, a stark contrast to the last time he was seen in public. 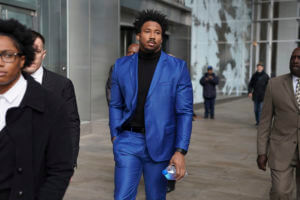 Stylishly dressed in a bright blue suit and black turtleneck, the Cleveland Browns’ star defensive end met Wednesday with an appeals officer in New York in hopes of getting a reduction to an indefinite NFL suspension that has temporarily ended Garrett’s season and tarnished his career.

Garrett was banned last week for the rest of the regular season and playoffs, if Cleveland makes them, for striking Pittsburgh Steelers quarterback Mason Rudolph with a helmet. Garrett appealed and his case was heard by league-appointed officer James Thrash, a former NFL player, who will either lessen the penalty or put a definitive number of games on it.

The former No. 1 overall draft pick spent roughly two hours in the league’s Manhattan offices before leaving with his representatives. He did not speak to the media.

In the closing seconds of the Browns’ 21-7 victory over the rival Steelers on Thursday night, Garrett wrestled Rudolph to the ground before they scuffled. Pittsburgh’s QB unsuccessfully tried to rip off Garrett’s helmet before the two got to their feet. 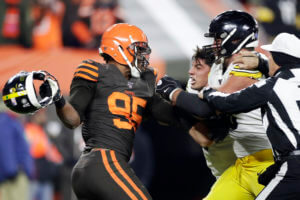 That’s when Garrett yanked off Rudolph’s helmet, swinging it and connecting with the top of the QB’s head. Rudolph avoided injury and was not suspended despite his attempt to grab Garrett’s helmet or charging at him.

On Wednesday, Rudolph, who likely will be fined for his involvement, said he doesn’t begrudge Garrett.

“I have no ill will toward Myles Garrett, great respect for his ability as a player and I know if Myles could go back he would handle the situation differently,” Rudolph told reporters in Pittsburgh after reading a prepared statement. “As for my involvement last week, there is no acceptable excuse. The bottom line is I should have done a better job keeping my composure in that situation.

“It falls short of what I believe it means to be a Pittsburgh Steeler and a member of the NFL.”

It’s unclear when Thrash will rule on Garrett’s appeal. As part of his punishment, the league said Garrett is required to meet with Commissioner Roger Goodell’s office before he can be reinstated.

Ogunjobi shoved a helmet-less Rudolph to the ground during the melee while Pouncey punched and kicked Garrett as he lay on the ground.

Neither ruling has been made.

Browns coach Freddie Kitchens would not divulge who from the team accompanied Garrett to his hearing. 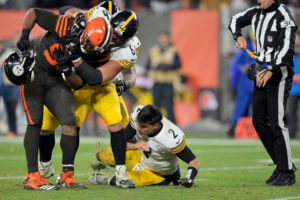 “Myles has great representation,” Kitchens said. “More importantly, Myles will represent himself well. We’re going to continue to support him and Larry and we will not waver with that support.”

As Garrett pleaded his case, the Browns are trying to regroup amid the possibility they’ll be without their best defensive player for a significant period. Cleveland is still in the playoff race hunt going into Sunday’s game against Miami.

On Tuesday, Steelers coach Mike Tomlin called the incident involving Garrett “ugly for the game of football” but said there was nothing teachable to come from it because “I don’t know that we did anything to make it happen in the first place.”

Kitchens hopes the experience will serve as a reminder for his team to stay collected.

“We talk all the time about being the smartest, toughest football team and sometimes one of those things don’t happen and you decrease your chances of winning and you decrease your chances of being successful and we want to add both of those to the mix, not one without the other,” he said. “So you have to be both. That’s a continual conversation topic and will always be discussed.”

AP Sports Writer Will Graves in Pittsburgh contributed to this report. 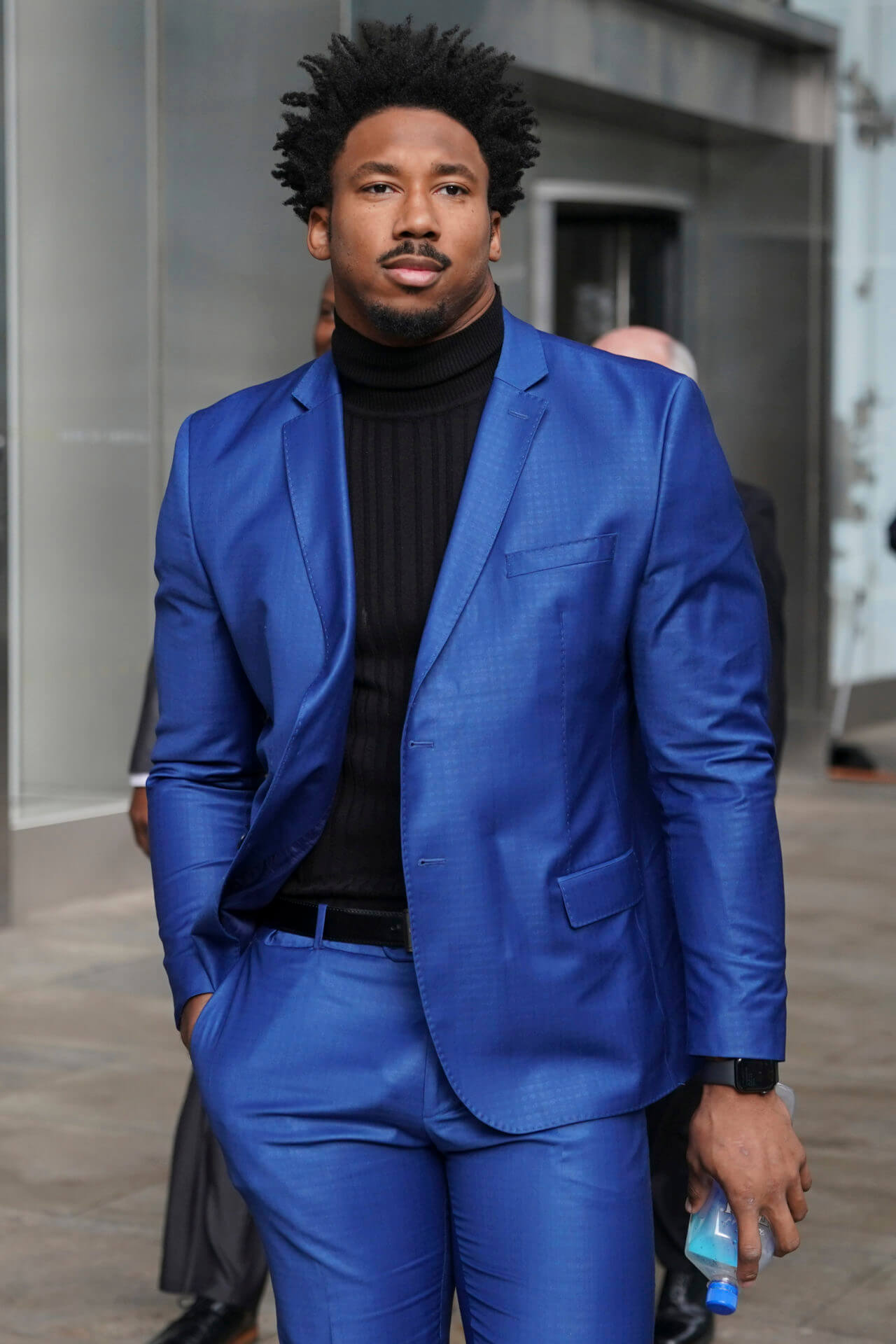 Cleveland Browns star defensive end Myles Garrett leaves an office building in New York, Wednesday, Nov. 20, 2019. Garrett is in New York for an appeals hearing to try to get the NFL to reduce an indefinite suspension that has temporarily ended Garrett’s season and tarnished his career. Garrett was banned last week for the rest of the regular season and playoffs for violently striking Pittsburgh quarterback Mason Rudolph with a helmet. (AP Photo/Seth Wenig)
MORE NEWS