LAS VEGAS (KTNV) — The grand jury indictment for the 35-year-old California mother accused of killing her son in Las Vegas and dumping his body near the Mountain Springs trail off Route 160 has been released.

A police detective told the grand jury that Moreno-Rodriguez told them that the boy had developmental issues and was difficult to manage. She also reportedly said that she would often take him for a walk to tire him out so that he would go to sleep. 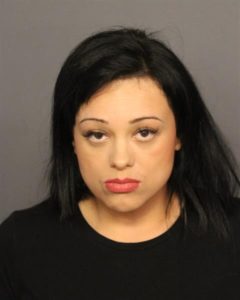 This booking photo of Samantha Moreno-Rodriguez was shared on twitter by the Las Vegas Metro Police Dept. (Twitter/LVMPD)

She then admitted that she and Liam had slept in her car on May 27 and went for a hike early the next morning.

Moreno-Rodriguez reportedly told detectives that Husted was running around and not listening to her and did not want to go back to the car.

The mother allegedly pushed Husted, causing him to hit his head. He then started screaming at the top of his lungs and she couldn’t calm him down.

Moreno-Rodriguez then admitted that she put her hands around his neck and strangled him for approximately 10 to 15 minutes until he stopped crying.

When asked why she removed his clothes, the California mother said she had watch television crime shows and thought that removing his clothes would make it more difficult to associate him with her after she left the area.

Moreno-Rodriguez was arrested in Colorado. She was with an unknown man at the time. She was extradited to Las Vegas after her arrest.

The boy’s father reported that Moreno-Rodriguez had left San Jose, California, but did not file a missing person’s report because he was not concerned for their safety at the time.

A family friend recognized Husted from a police sketch after his body was found.

This story was originally published August 3, 2021, by KTNV in Las Vegas.