LOS ANGELES (AP) — A Los Angeles judge on Wednesday said Chris Brown must give up all rights to his former pet monkey, pay for its care and not try to buy a new one if he wants charges of illegal animal ownership dropped. 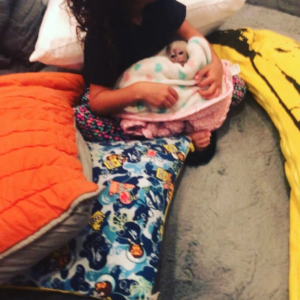 The 30-year-old singer was allowed to enter a diversion program nearly a year after he was charged with two misdemeanors over his possession of a pet capuchin monkey without a permit.

Brown must permanently forfeit his rights to the monkey, named Fiji, pay $35,000 to the facility where it is now being housed, and refrain from trying to visit it without making special arrangements.

He also must not own any other prohibited species, and submit to searches to prove he isn’t.

If Brown meets the conditions, the charges will be dropped in June.

Brown posted a picture to his 44 million Instagram followers in early 2018 showing his daughter cuddling with the capuchin, named Fiji.

California fish and wildlife agents took the monkey away soon after.

Brown is also prohibited from breaking the law in any other way during the span.

He has had several highly publicized run-ins with law enforcement in the decade since he pleaded guilty to the felony assault of his then-girlfriend Rihanna, for which he served five years’ probation.

Crime required for impeachment? Not so, say legal experts

Crime required for impeachment? Not so, say legal experts