CONCORD, N.H. (AP) — A New Hampshire man who coached men’s basketball at Colby-Sawyer College has been accused of sexually assaulting a girl under age 16 “over a period of time” in 2019 and making multiple child sex abuse photos and videos involving her and other minors, police in Concord said Wednesday.

A police affidavit alleges Joshua Pincoske, 47, “has engaged in a pattern of criminal sexual acts from at least 2015 through 2020 with at least four separate juvenile victims.” 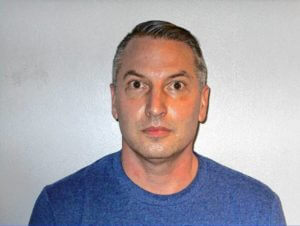 Pincoske, of Concord, was arrested and jailed without bail Tuesday on four counts of aggravated felonious sexual assault; 50 counts of manufacturing child sex abuse images; and one count of possession of a child sexual abuse image, all felonies. He also was charged with one misdemeanor count of sexual assault.

Pincoske was expected to be arraigned Wednesday afternoon. He was being represented by the Merrimack County Public Defender’s office, although a specific attorney was not listed in court documents. A message seeking comment was left at the office.

According to the affidavit, police in the town of Farmington started investigating Pincoske in December 2020 after two 17-year-old girls there reported “inappropriate sexual contact” with him that started online and advanced to meeting in person. The girls alleged he paid them “for explicit sexual images transmitted online,” as well as for in-person sexual activity inside his car.

Based on the investigation by Farmington police, a search warrant was issued Feb. 2 at Pincoske’s Concord home, where investigators seized his laptop computer and cellphones. Pincoske told police he knew the two girls in Farmington, but denied knowing they were under 18 at the time, according to the affidavit. He said he later broke off contact with them when he learned they were juveniles.

Police found images on the laptop from 2017 of a then-14-year-old girl who was involved with a youth basketball group in Concord. The photos showed the girl being touched inappropriately, the affidavit said.

An officer observed photos and videos on a cellphone of “at least 16 sexual acts” from 2019 involving a girl who turned 15 that year, the affidavit said. The document went on to describe 10 separate “series” of sexual images of the girl and a man inside a car and on a bed.

Pincoske has been a volunteer assistant basketball for the men’s program at Colby-Sawyer College in New London. Due to the serious nature of the charges, his status “has been rescinded, effective immediately,” the college said in a statement Wednesday.

“During his time as volunteer and employee at the college, no complaints involving Mr. Pincoske were filed, nor did he exhibit signs that would suggest involvement in the type of behavior that led to his arrest,” the statement said. “Colby-Sawyer extends its deepest condolences to the victims of the crimes Mr. Pincoske is accused of committing.”