BRIGHTON, Colo. (KMGH) — A 24-year-old Colorado man was found guilty of attempted murder after he hit his friend in the head with a pan while she slept, according to the 17th Judicial District Attorney’s Office.

A jury in Adams County found Deshawn Avila guilty of attempted murder and attempted sexual assault on Friday following a trial, according to the district attorney’s office. 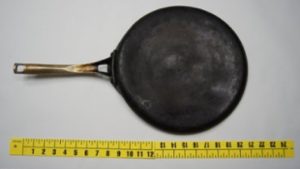 The charges against Avila and subsequent trial stemmed from an attack in September 2018. Avila and the victim, who were close family friends, went to a bar in Denver for an evening out. They are not related, but the victim would later tell police she considered Avila a cousin, according to the district attorney’s office.

The duo then headed back to the victim’s home to go to sleep. Avila slept in the victim’s bed and she slept in her young son’s bedroom.

Sometime in the middle of the night, Avila walked into the child’s bedroom and hit the victim in the head with a metal tortilla pan, according to the district attorney’s office.

She woke up and found blood running into her eyes. She also had a large gash on her forehead and her pants were below her pelvic area. She tried to get away, but Avila assaulted and strangled her, according to the district attorney’s office.

She was eventually able to escape and Avila left the home. 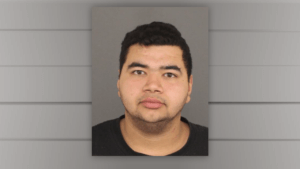 He was later arrested and charged.

In January 2019, he slipped out of his ankle monitor and disappeared while he was out on bond awaiting trial. According to The Sentinel, he was taken into custody a few days later.

On Feb. 11, he was convicted of the following counts:

His sentencing hearing is scheduled for April 5, 2022.

“For this defendant to ambush his close friend in the middle of the night, smash her in the head with a tortilla pan, attempt to sexually assault her and then strangle her is truly beyond explanation,” said District Attorney Brian Mason. “The victim has suffered enormously and I’m hopeful this verdict will provide some semblance of closure to this horrifying event.”

This story was originally published Feb. 16 by KMGH in Denver, an E.W. Scripps Company.