KEARNY, Neb. (KGMH) — A Colorado man has been arrested in Nebraska after he was found with a missing 13-year-old girl from Indiana.

On Wednesday, Nebraska State Patrol (NSP) said troopers learned that the missing girl may be traveling through Nebraska with a man. About 20 minutes later, the trooper located the suspect’s vehicle — a Ford F-150 — on westbound Interstate 80 near Kearney. The trooper pulled the vehicle over. 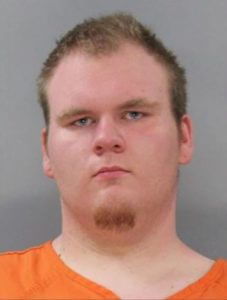 During the stop, the trooper found the missing girl hiding in the pickup, NSP said.

The driver, who was identified as 20-year-old Kyle Miotke of Elizabeth, was arrested on charges of contributing to the delinquency of a minor.

The NSP said as it continued its investigation, the Lafayette Police Department acquired an arrest warrant for Miotke on several charges: promotion of sexual trafficking of a younger child, kidnapping a victim less than 14 years of age, performing sexual conduct in the presence of a minor, inappropriate communication with a child via electronic device, and dissemination of matter harmful to minors.

Miotke is at the Buffalo County Jail.

No other details were available.

This story was originally published June 17, 2022 by KMGH in Denver, an E.W. Scripps Company.