DENVER (KMGH) – A Colorado man was sentenced to 39 years in prison after he was convicted in December of attempted murder in an attack on his girlfriend and mother in 2018.

A jury found Samuel Edward Wise, 32, guilty of five counts, including attempted first-degree murder, first-degree assault, and felony menacing, after he assaulted his girlfriend at his home in unincorporated Douglas County in May 2018. 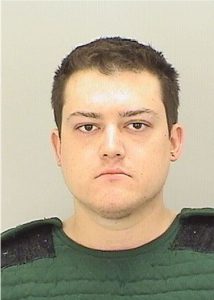 He also tried to break down a door with an axe and stabbed his mother in the neck when she intervened, according to prosecutors.

When Douglas County sheriff’s deputies arrived, Wise was holding a knife in the driveway. He was taken into custody after allegedly lunging at deputies.

“We’re thankful that the level-headed response of these deputies saved this family from what could have been even more heartache,” said Senior Deputy District Attorney Valerie Brewster, who was one of the prosecutors on the case.

This story was originally published March 4, 2022 by KMGH in Denver, an E.W. Scripps Company.