ARAPAHOE COUNTY, Colo. (KMGH) — An employee and former coach at a Colorado soccer club has been arrested on 17 counts of of sexual exploitation of children. 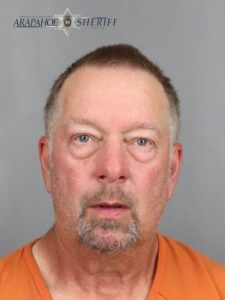 The Arapahoe County Sheriff’s Office said its investigators with the Internet Crimes Against Children unit received a tip from the National Center for Missing and Exploited Children about children pornography stemming from an IP address in the county. During an investigation, authorities found files were being uploaded that contained alleged child pornography involving victims ranging from toddlers to teens, the sheriff’s office said.

The Internet Crimes Against Children unit identified the suspect as Howard “Bud” Harper, 63.

Harper is employed by the Real Colorado soccer club, according to the club’s website. At the time of his arrest, his title was listed on the club’s website as an age group coordinator. He previously worked as a coach.

According to Real Colorado’s website, the club includes almost 4,000 families and more than 450 soccer teams in Highlands Ranch, Parker, and Castle Rock.

In a statement, Real Colorado said: “Real Colorado is working with the Arapahoe County Sheriff’s Office to support their investigation. Mr. Harper’s arrest was not related to his work with Real Colorado and did not involve any players in our program.”

Anybody with information on this case is asked to call the sheriff’s office tip line at 720-874-8477.

This story was originally published Aug. 10, 2022 by KMGH in Denver, an E.W. Scripps Company.