CINCINNATI (WCPO) — An Ohio man has been arrested after he left his loaded gun “easily accessible” to his young children, leading to the death of his 3-year-old son, according to court documents. 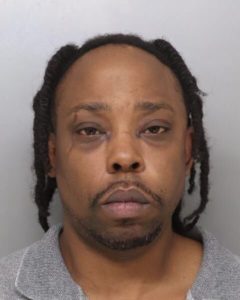 Deangelo Davis allegedly left a firearm where his two young children had access to it. (Hamilton County Sheriff’s Office)

Deangelo Davis, 37, was arrested after midnight Monday morning after his 3-year-old was shot and killed in Cincinnati Sunday evening.

Once on scene, police found the 3-year-old suffering from a gunshot wound.

The child was transported to Cincinnati Children’s Hospital where they were pronounced dead, according to Cincinnati Police Lt. Jonathan Cunningham.

Court documents did not provide much detail, but said that Davis left his loaded gun in an “easily accessible” location for his 3-year-old and 6-year-old children. The 3-year-old boy died by “means of a gunshot” from that gun, according to court documents. It is not clear whether the gunshot was self-inflicted or if the second child was involved.

Davis is charged with endangering children, a third-degree felony.

Police also said that one officer was injured upon arrival at the scene. It is unclear at this time the nature of the injury, but it was non-life threatening and the officer was not shot.

This story was originally published Oct. 23, 2022 by WCPO in Cincinnati, an E.W. Scripps Company.