MANCHESTER, N.H. (Court TV) —  The adopted daughter of MLB Hall of Famer Dennis Eckersley is accused of abandoning her newborn son in the woods on Christmas Day in New Hampshire. 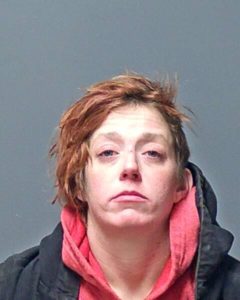 Alexandra Eckersley, 26, is facing felony charges after giving birth in the woods and leaving the child, according to Manchester Police.

Police say when they responded to the area just before 1 a.m. Dec. 26, Eckersley lied about the baby’s whereabouts for nearly an hour while first responders searched. She eventually led them to a tent, where the boy was found unclothed and “struggling to breathe,” according to WFTX.

An affidavit states it was about 15 degrees when they found the baby, which weighed approximately 4.41 pounds.

Eckersley told authorities she didn’t know she was pregnant and she thought “she was constipated or hemorrhaging.” When asked why she left the newborn in the tent, she allegedly said, “What do they tell you when a plane goes down? Save yourself first.”

Eckersley is facing charges of endangering the welfare of a child, second-degree assault, falsifying physical evidence and reckless conduct.

Dennis Eckersley, the father of Alexandra Eckersley, pitched 24 years in the MLB. He was elected to the Hall of Fame in 2004.