WEST PALM BEACH, Fla. (WPTV) — A recent court filing by defense attorneys in the upcoming murder trial of a woman accused of dressing up as a clown and killing her future husband’s wife more than three decades ago alleges that a key piece of fiber purported to have been found at the crime scene somehow mysteriously appeared as evidence, yet prosecutors and investigators are ignoring the possibility that the evidence had been tainted. 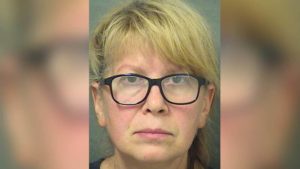 Sheila Keen-Warren, pictured here after her arrest in 2017, is accused of dressing up as a clown and killing her future husband’s wife in 1990. (Palm Beach County Sheriff’s Office)

Defense attorneys for Sheila Keen-Warren earlier this week filed a motion asking Judge Scott Suskauer to require the state “to search for and turn over all information” from a 1999 internal audit of the Palm Beach County Sheriff’s Office’s evidence room.

The evidence in question is related to a lone fiber that the state intends to present as evidence linking Keen-Warren to the May 26, 1990, death of Marlene Warren at her Wellington home.

“This fiber is the only forensic evidence from the crime scene,” defense attorneys Greg Rosenfeld and Amy Morse wrote. “For 23 years, this evidence was packaged and unpackaged, viewed by several people in various agencies, and processed, yet apparently, this six-to-eight-inch fiber went unnoticed. Not a single detective, crime scene investigator, or crime lab analyst saw this mysterious fiber.”

Palm Beach County Sheriff’s Office Detective Paige McCann said during a September 2017 news conference that Sheila Keen, as she was known at the time, was dressed like a clown when she fatally shot Warren.

“Marlene answered the front door and the clown had two balloons, as well as a bouquet of flowers, and went to hand Marlene those items,” McCann told reporters.

Warren, who had been eating breakfast with her then-22-year-old son and several of his friends, was surprised and commented, “How nice.” 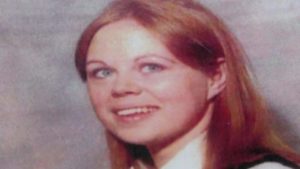 Marlene Warren was fatally shot in the face by a woman who was dressed as a clown in May 1990. (Palm Beach County Sheriff’s Office)

“It was at that time that the clown pulled out a gun and shot Marlene in the face,” McCann said.

The clown then calmly walked back to the white Chrysler LeBaron in which she had arrived and drove away.

Keen-Warren had long been considered a suspect in the shooting, but it took investigators 27 years to make an arrest. She eventually married Michael Warren in 2002 and moved to Tennessee, where the couple operated a restaurant.

WATCH: A Clown at the Door, A Court TV Special

She was arrested in Virginia in 2017 and has been in a Palm Beach County jail cell ever since. Her attorneys were denied a request to have her released from jail while she awaits trial.

In their court filing, defense attorneys claim the PBSO conducted an internal audit of the evidence unit. An internal audit report from Nov. 10, 1999, noted that there were several issues with the unit, one of which was “evidence bags were not always sealed properly.”

During a deposition in May, McCann “appeared confused about the audit report and testified that she had made no effort to investigate” it, defense attorneys claim.

“To be clear, over a year after learning that the evidence in this case may have been contaminated, Detective McCann did absolutely nothing,” Rosenfeld and Morse wrote. “She willfully turned a blind eye to evidence that could exculpate Ms. Keen-Warren, or at the very least, aid in her defense.”

Keen-Warren’s attorneys claim prosecutors failed “to learn of favorable evidence known to others acting on the state’s behalf.”

“This favorable evidence – i.e., evidence that PBSO had improperly stored evidence in this case (and other cases) – would necessarily aid Ms. Keen-Warren in presenting a defense,” they wrote.

Essentially, defense attorneys want to know how the fiber on the balloon ribbon made its way into evidence.

“In 1990, the fiber was not on the balloon ribbon,” they wrote. “In 1999, the county auditor found open bags of evidence in this case. In 2013, Ms. Sowards miraculously discovered a fiber on the balloon ribbons, which was not there 23 years earlier. Now, the state intends on arguing that the fiber from the balloon ribbons is consistent with originating from the same source as a fiber allegedly found at Ms. Keen-Warren’s apartment and a fiber allegedly found in a white Lebaron. In other words, the state intends on using this evidence to place Ms. Keen-Warren at the crime scene.”

The trial is scheduled to begin Oct. 21. Court TV plans to cover the proceedings, gavel-to-gavel.

This story was originally published Oct. 6, 2022 by WPTV in West Palm Beach, an E.W. Scripps Company.