A judge on Tuesday maintained bail at $1 million for Christian Sayre, who has owned The Anchor Pub since 2014, The Everett Herald reported. He remained in Snohomish County Jail as of Tuesday evening. 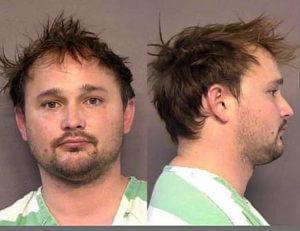 Everett police arrested Sayre on Friday for the second time in several months after additional customers came forward accusing him of drugging and sexually assaulting them.

The deputy prosecutor also asked for a no-contact order between Sayre and the state’s civilian witnesses, with two exceptions. One of those was the mother of Sayre’s child. The other was a former employee of Sayre’s at The Anchor.

“My understanding is that (the employee) is currently involved in managing The Anchor Pub in some matter,” Jones told the court. “I do understand they may have communications related to that.”

The judge granted the no-contact orders and set a tentative trial date of Feb. 25.