TOLEDO, Ohio (AP) — Calling him a “cancer in the community,” a judge on Tuesday ordered a former school employee in northern Ohio to spend the rest of his life in prison for sexually assaulting several teenage boys.

The judge sentenced Ronald Stevens to at least 101 years in prison. 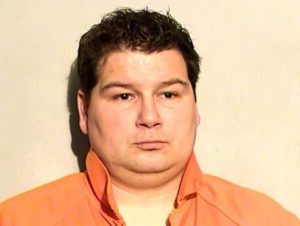 Stevens supervised the janitorial staff at Ottawa Hills Local Schools, where most of the victims were students. School officials said he was temporarily off the job when he was arrested in December 2019.

He was convicted last month of rape, sexual battery and gross sexual imposition. Prosecutors said the crimes involved at least six teenage boys and occurred between August 2017 and November 2019.

Several of the victims addressed the court during sentencing and called for Stevens to be punished.

Stevens declined to speak in court, but his lawyer said his client maintains his innocence and plans to appeal.

The school board accepted his resignation following his conviction.