HENRICO COUNTY, Va. (WTVR) – A Virginia family is grappling with a wave of shock and sadness after two women were killed when they tried to move out of their home to allegedly escape domestic abuse. 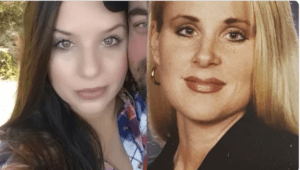 Judy and John Pulley, Diane’s aunt and uncle, said she would do anything for her kids. According to them, Diane was trying to leave an abusive situation the day she was killed.

She had even hired movers to help her and her daughter leave. “She said, I just want to have some peace. I want to have a peaceful life,” said Judy.

Diane had told her family the day she was leaving, and said she had been taking things out of the home little by little. She told them her husband had been “acting crazy.”

But the day Diane was going to move out, shots rang out from the home. When police arrived to the scene on Apollo Road in the county’s East End, they said more shots were fired in and outside of the home.

Police said Richard then barricaded himself inside the home for nine hours as dozens of officials negotiated to eventually get him to surrender.

When police finally got inside the home, they found Diane and Carrie dead. 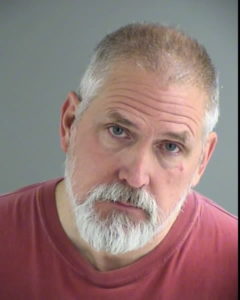 Now, Diane’s family is praying the community will learn from their tragic loss.

“Just leave. Don’t take or go back to get anything,” said Judy. “Just go out the door and don’t go back”

Richard Crowder is facing six felony charges, including two counts of second-degree murder. Henrico Courts said they had to bring in an outside judge from Montgomery County on for his arraignment due to a conflict of interest, as Crowder is a former officer.

The judge ruled to keep him held without bail and appointed him an attorney.

Diane and Carrie are survived by their 18-year-old son and brother and Carrie’s fiancé.

“I hope they won’t be remembered for the way they died, but the way they lived,” said Judy. “Which was very giving, loving.”

This story was originally published July 5 by WTVR in Richmond, an E.W. Scripps Company.