ANTA CRUZ, Calif. (AP) — The FBI and local investigators are trying to determine a possible link between the ambush-style killing of a Northern California sheriff’s deputy Saturday night and that of a federal officer who was fatally shot outside the U.S. courthouse in Oakland more than a week ago.

The FBI office in San Francisco confirmed Sunday its investigators were working with the Santa Cruz County Sheriff’s Department to determine a possible motive and links to other crimes committed in the San Francisco Bay Area, including the attack that killed a Federal Protective Service officer and critically wounded another officer on May 29. Both involved shooters in a van. 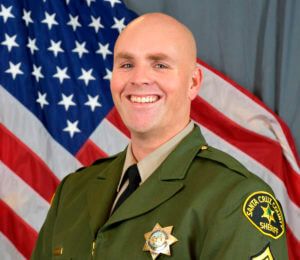 “There’s a hole in all of our hearts now.” he said at a vigil Sunday that drew more than a thousand mourners.

On Saturday, deputies responded to a 911 call around 1:30 p.m. about a suspicious van in Ben Lomond, an unincorporated area near Santa Cruz. The caller said there were guns and bomb-making devices inside, Hart said.

When deputies arrived, the van pulled away and the deputies followed. The van went down a driveway at a home, and the deputies were ambushed by gunfire and explosives after getting out of their vehicle.

Gutzwiller was wounded and later died at a hospital. Another deputy was wounded by gunfire or shrapnel and struck by a vehicle as the suspect fled. A third officer from the California Highway Patrol was shot in his hand, Hart said. 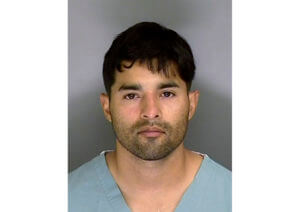 The suspect, 32-year-old Steven Carrillo, attempted a carjacking and was shot during his arrest, Hart said. He was being treated at the hospital for non-life-threatening injuries. The injured deputy was listed in stable condition on Sunday.

Carrillo will be charged with first-degree murder, Hart said.

Carrillo had arrived at Travis Air Force Base, 50 miles (81 kilometers) northeast of San Francisco, in June 2018 and was a member of the 60th Security Forces Squadron, a base spokesman said.

Carrillo’s wife, Monika Leigh Scott Carrillo, who was also in the Air Force, was found dead in an off-base hotel in May 2018 while she was stationed in South Carolina. She was 30. Her death was investigated by the Sumter County Sheriff’s Office, in coordination with the Air Force Office of Special Investigations, and ruled a suicide, according to the Air Force.

The FBI has been trying to identify a suspect and motive in the drive-by shooting outside the Ronald V. Dellums Federal Building that killed Dave Patrick Underwood, 53, and critically injured a fellow officer. They had been monitoring a nearby protest over the death of George Floyd.

Surveillance cameras captured a white Ford van believed to be driven by the shooter or shooters. The FBI said the vehicle did not appear to have license plates.

Gov. Gavin Newsom extended condolences to Gutzwiller’s family and ordered flags at the Capitol to be flown at half-staff in honor of the slain deputy.

“He will be remembered as a hero who devoted his life to protecting the community and as a loving husband and father,” Newsom said in a statement.

The shooting shocked Ben Lomond, a town of about 6,000 people tucked up in the Santa Cruz mountains.

Gutzwiller was married with a young son and a second on the way.

At the vigil, Hart stood with Gutzwiller’s widow and son as he praised the sergeant’s community approach to policing.

“He was kind, patient, caring, empathetic. He can take enforcement action when he needed to, but he would rather communicate his way through any problem that was in front of him,” Hart said.

Coworkers said Gutzwiller was a gentle man who genuinely cared about the community he was raised in and lived in.

“He’s just everything you want the police to be,” said Amy Christey, a former lieutenant with the sheriff’s office. 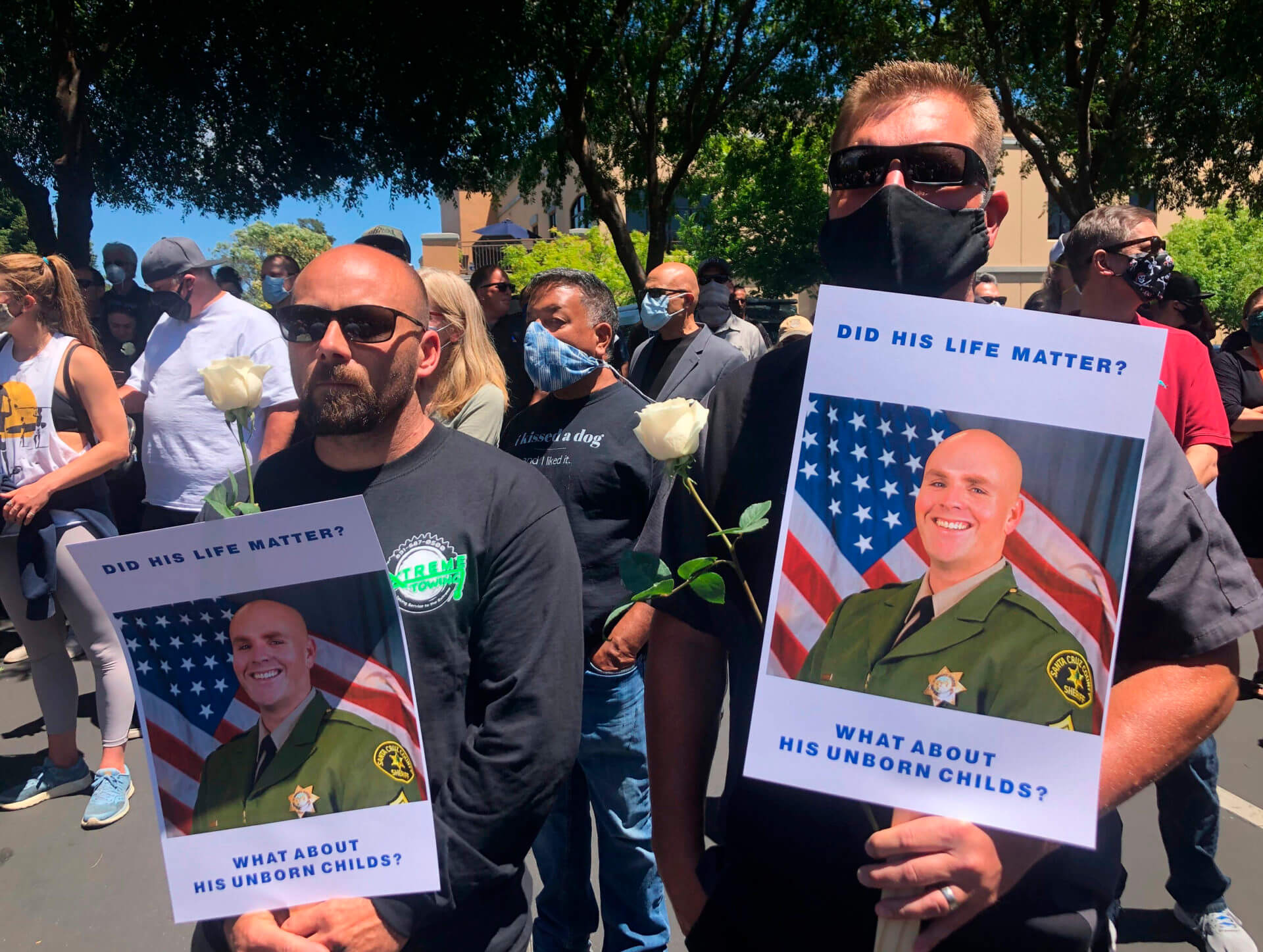