SALT LAKE CITY (KSTU) — Findings from a mine search in the west desert of Utah have been sent to a lab in Salt Lake City to determine if anything found is evidence of where Susan Cox Powell was left.

Those findings included bones, a pair of pants that may be women’s sizing and style, as well as other clothing scraps and trash. While it’s all potential evidence of this unsolved case, Susan’s family and friends are just waiting for any answer.

“It was a pretty emotional week last week.” Susan’s best friend Kiirsi Hellewell said. “Lots of back and forth. Is it her? Is it not her? Have they found a clue Susan’s disappearance?”

“I obviously have been following the search on the west desert very closely and hanging on every word” Hellewell said.

The recovered items found have been sent to Intermountain Forensics, a lab in Salt Lake City that will analyze the results.

“I was very glad yesterday to hear that a forensics lab had been selected and that the evidence that they found in the mine was going to be taken to the forensics lab.” Hellewell said. “It’s really hard to know what to think because there are some things that make me think maybe this is Susan.”

One of the items that was recovered that has many family and friends convinced what was found belonged to Susan was a pair of women’s pants that measure around 26 inches in size. 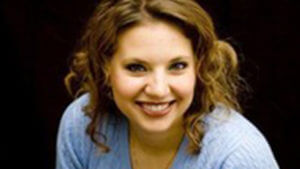 “I saw the pants myself, I touched them. I looked at them closely and I think that they were a pair of women’s dress pants. Why would someone throw a pair of women’s dress pants down to mine?” Hellewell said. “I am trying not to get my hopes up. Because there I’ve spent many hours crying over the last couple of weeks thinking is this her, we really found her and then ration will come back and we’ll say it, it’s probably not, don’t get your hopes up. We’ve been here so many times before.”

While this has renewed efforts and hope between everyone it also has renewed something else. Hellewell explained more people are hearing about Susan’s story and in the last few days people have reached out saying they are survivors of domestic violence and her story has helped them.

There’s not an estimate on the amount of time the forensic tests will take, but they’re hoping the results come back sooner rather than later.

“I’m aware that life is not a 42 minute TV show where DNA results show up the next day to solve a case just in time. I don’t know how long it will take,” Hellewell said. “I’m hoping it will be a few weeks and not a few months.”

Even if the items don’t end up being Susan’s family and friends hope results can help bring peace to another family who may be suffering.

This story was originally published Feb. 16 by KSTU in Salt Lake City, an E.W. Scripps Company.