Isaac Gabriel Yunes worked as a camp counselor with YMCA of South Palm Beach County from 2017 to 2019. 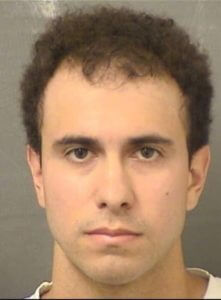 He was booked into the Palm Beach County Jail on Friday afternoon.

In December 2021, the Palm Beach County Sheriff’s Office received information from the National Center for Missing & Exploited Children regarding four Snapchat accounts being used to send and receive files depicting the sexual abuse of children.

Their investigation led detectives to Yunes.

A search warrant was obtained and executed at his residence where detectives found several images and videos on his electronic device depicting the sexual abuse of children, as well as items linking Yunes to several of the reported Snapchat accounts.

Deputies said Yunes attempted to destroy his cellphone and denied all allegations.

This story was originally published April 10, 2022 by WPTV in West Palm Beach, an E.W. Scripps Company.