LEXINGTON (WLEX) — A former Lexington nurse has been indicted on a count of murder.

52-year-old Eyvette Hunter is accused of “unlawfully causing the death of James Morris by intentional medical maltreatment,” according to the indictment.

Morris was a 97-year-old patient at Baptist Health Lexington, according to the Lexington Police Department. Morris died on May 5 as a result of the alleged actions of Hunter, who was a nurse, on April 30, according to police. 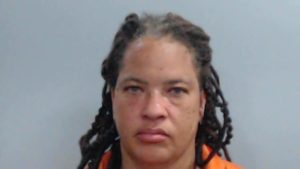 Baptist Health officials say Hunter has not worked at the hospital since April 30.

Hunter was working at another Lexington hospital as recently as this month.

University of Kentucky spokesman Jay Blanton said Hunter was not a UK employee but had been placed at UK HealthCare “as a traveling nurse by an outside placement agency” between November 2021 and August 2022. She has now been “released her from all duties” at UK.

“Our understanding is that she was suspended by the Board of Nursing yesterday and the University learned of the suspension today,” the spokesman said in a statement.

An order of immediate temporary suspension was filed against Hunter by the Kentucky Board of Nursing on Monday.

The order states that the patient, now identified by police as Morris, was in the hospital for a “slip and fall injury.” On April 30 a nurse told Hunter that Morris had been restless most of the previous night. Hunter said that after she helped him to his chair, he became “agitated and aggressive,” so she left to get restraints, according to the order.

Hunter then contacted the on-duty physician and a nurse practitioner requesting an order for medication, according to the order. Both denied the request.

After that, Morris’ chair alarm sounded and several staff responded to his room, according to the order. He was agitated and trying to get up.

At that point, Hunter allegedly came back to the room and administered something to him intravenously. When asked what it was, she said “something special,” according to the order.

Within the next 30 minutes, another registered nurse found Morris with labored breathing. The RN told the charge nurse that the patient had been given something intravenously that was “causing his decline.”

While treating the Morris, a respiratory therapist found a substance thought to be food.

“X-rays would show that the aspiration from the substances ingested by the patient while in his condition caused the patient to develop aspirational pneumonia,” according to the order.

A few hours after the patient started having problems, he was given medication to reverse the effects of Ativan or lorazepam, and immediately became alert, according to the order.

“Despite the rapidly declining condition of the patient, (Hunter) never called for rapid response nor acted with any sense of urgency,” the order states. “(Hunter) did however edit documentation of administration of Ativan on ‘patient B’ to state ‘not given’.”

Morris’ condition continued to decline in the following days and he died on May 5.

Hunter admitted in a written response to the board of nursing on August 5 that she administered lorazepam to the patient without an order, and then gave him food, according to the order.

“The hospital has fully cooperated with the police investigation,” the hospital said in a statement. “Patient care and safety are always our top priorities. Out of respect for the family and because this is a criminal matter, we are not able to talk about the investigation.”

Hunter was indicted on the charge Monday in Fayette County Circuit Court. She has been arrested and her bond has been set at $100,000, according to court records.

This story was originally published Aug. 23, 2022 by WLEX in Lexington, an E.W. Scripps Company.