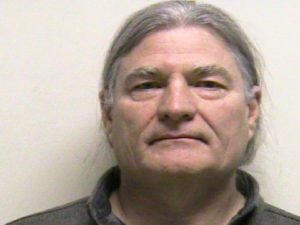 At the end of September, Hamblin was taken into custody and booked on several charges including two counts of aggravated sexual abuse of a child. Before that, he was charged with 18 counts of sexual assault.

A probable cause statement reports that the new charges address abuse towards a victim between the ages of four and five years old who was receiving counseling from Hamblin at the time.

During at least six separate counseling sessions, court documents read, Hamblin inappropriately touched the child and made the child touch him.

“Because the defendant was a counselor, he held a position of special trust in relation to the victim,” documents explain.

Hamblin was the first arrest in a ritualistic child sex abuse investigation that was announced in May. The investigation was opened the previous year after the Utah County Sheriff’s Department learned of multiple victims reporting similar incidents that took place in Utah County, Juab County and Sanpete County between 1990 and 2010.

This story was originally published Oct. 18, 2022 by KSTU in Salt Lake City, an E.W. Scripps Company.