BUFFALO, N.Y. (AP) — The white man accused of killing 10 Black people at a Buffalo supermarket appeared briefly in court Thursday after a grand jury indicted him on a first-degree murder charge. 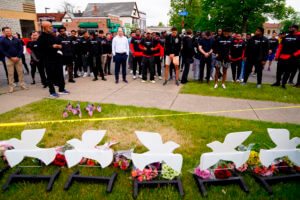 Members of the Buffalo Bills visit the scene of Saturday’s shooting at a supermarket, in Buffalo, N.Y., Wednesday, May 18, 2022. (AP Photo/Matt Rourke)

Gendron, wearing orange clothing and mask, was silent throughout the proceeding and sent back to jail. Someone shouted “Payton you’re a coward!” as he was led out.

Ten people were killed and three others wounded in the Saturday shooting at the Tops Friendly Market in a predominantly Black neighborhood of Buffalo. Authorities are continuing to investigate the possibility of hate crime and terrorism charges.

BUFFALO, N.Y. (AP) — The white man accused of killing 10 Black people at a Buffalo supermarket was scheduled to appear in court Thursday as authorities, including the FBI, continued to investigate the possibility of hate crime and terrorism charges.

Payton Gendron, 18, livestreamed the attack from a helmet camera before surrendering to police outside the grocery store. Shortly before the attack last Saturday, he posted hundreds of pages of writings to online discussion groups where he detailed his plans for the assault and his racist motivation.

Investigators have been examining those documents, which included a private diary he kept on the chat platform Discord.

At his initial court appearance last week, Gendron’s court-appointed lawyer entered a plea of “not guilty” on his behalf.

The massacre at the Tops supermarket was unsettling even in a nation that has become almost numb to mass shootings. All but two of the 13 of the people shot during the attack were Black. Gendron’s online writings said he planned the assault after becoming infatuated with white supremacist ideology he encountered online. 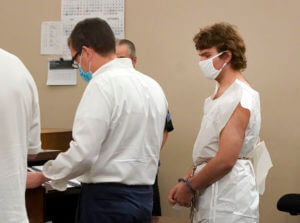 Payton Gendron talks with his attorney during his arraignment in Buffalo City Court, Saturday, May 14, 2022, in Buffalo, N.Y. Gendron was arraigned on first-degree murder charges and ordered detained without bail. Police officials said the 18-year-old was wearing body armor and military-style clothing when he pulled up and opened fire at people at a Tops Friendly Market. (Mark Mulville/The Buffalo News via AP)

The diary said Gendron planned his attack in secret, with no outside help, but Discord confirmed Wednesday that an invitation to access his private writings was sent to a small group of people about 30 minutes before the assault began.

Some of them accepted the invitation. It was unclear how many read what he had written or logged on to view the assault live. It also wasn’t clear whether anyone tried to alert law enforcement.

New York Gov. Kathy Hochul on Wednesday authorized the state’s attorney general, Letitia James, to investigate social media platforms used by Gendron to determine if they were liable for “providing a platform to plan and promote violence.” 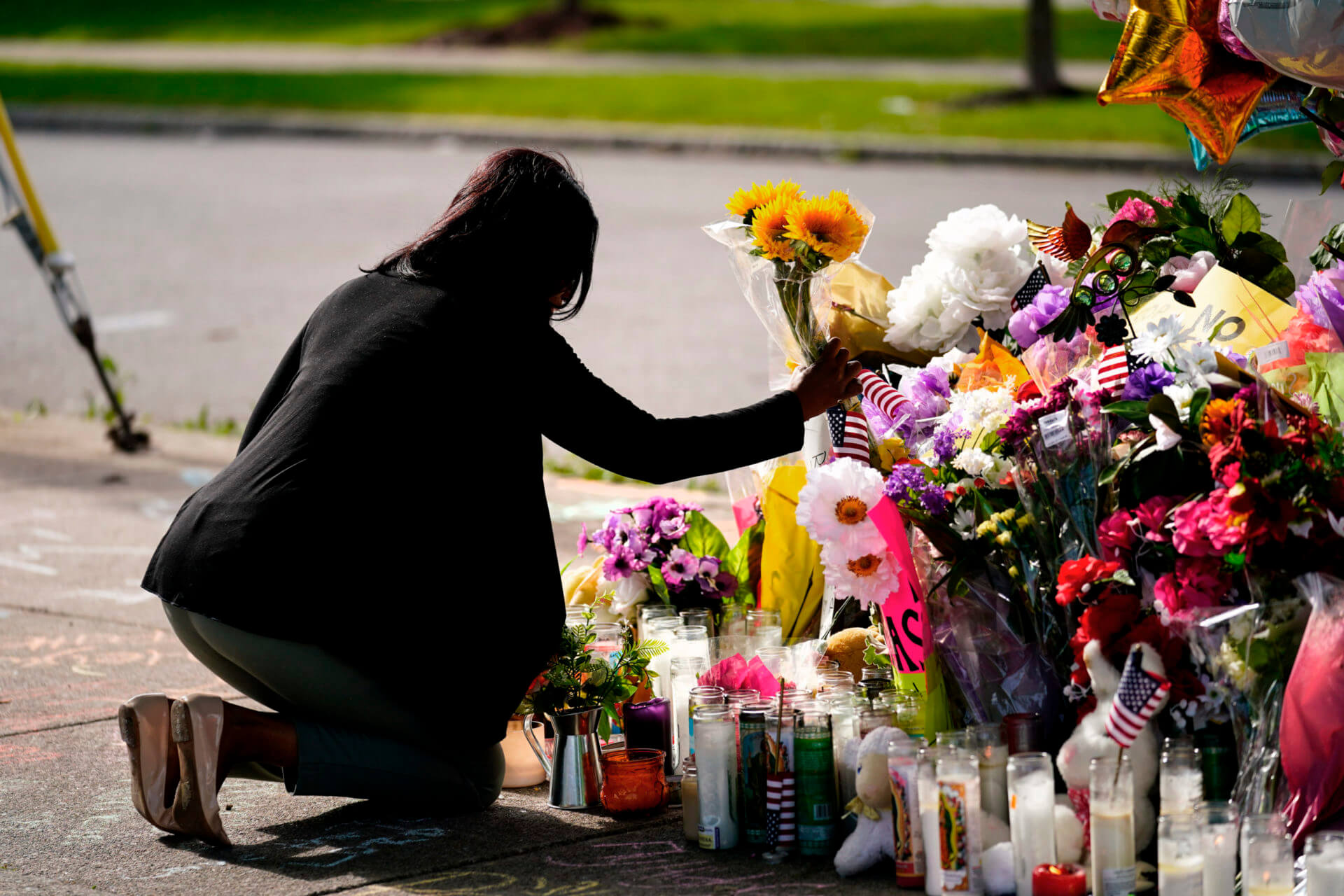 Shannon Waedell-Collins pays her respects at the scene of Saturday's shooting at a supermarket, in Buffalo, N.Y., Wednesday, May 18, 2022. (AP Photo/Matt Rourke)
MORE NEWS