UPDATED 12/12/19: Jimmy Rodgers was sentenced to life in prison by the Honorable Judge Bruce Kyle.

UPDATED 11/15/19: A sentencing hearing for alleged hitman Jimmy Rodgers has been rescheduled to December 12 at 1:30 pm ET. The hearing was originally scheduled for November 18, but that date would have interfered with the Mark Sievers’ trial that’s in the middle of jury selection. 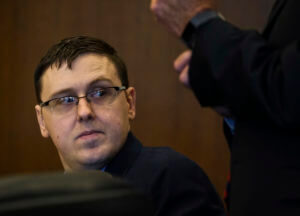 The Jimmy Rodgers trial continued on Monday, October 14, 2019, for day 3 of testimony at the Lee County Justice Center in Fort Myers. (COURT TV)

Rodgers was found not guilty of first-degree murder and conspiracy. He’s facing life in prison for the death of 46-year-old Teresa Sievers, who was bludgeoned to death by a hammer in her Bonita Springs home in 2015.

Prosecutors say Mark Sievers planned his wife’s murder with the help of his longtime friend, Curtis Wright. Wright allegedly traveled to Missouri to hire Rodgers as a hitman and brought him back to Southwest Florida to carry out the heinous act.

Two men are facing the death penalty in the gruesome murder of a beloved holistic doctor in South Florida.

46-year-old Teresa Sievers was bludgeoned to death at her Bonita Springs home on June 28, 2015, after returning home alone from a trip to Connecticut. Her body, which reportedly sustained seventeen blunt force trauma blows, was found the next day.

Investigators had no suspects until they received a tip via phone call on July 9. That tip led to the arrests of Jimmy Ray Rodgers and a longtime friend of Teresa’s husband, Curtis Wright. Despite a cloud of suspicion, Teresa’s husband lived as a free man until February 26, 2016. 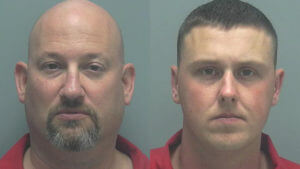 Prosecutors say Mark Sievers planned his wife’s murder with the help of Wright, who allegedly traveled to Missouri to hire Rodgers as a hitman and brought him back to Southwest Florida. Although investigators believe Rodgers killed Teresa, Mark and Wright are accused of orchestrating the attack.

Detectives still aren’t clear on Mark’s alleged motive. Text messages and phone records between the couple reportedly show a roller coaster marriage filled with intense affection, contempt and “swinging,” which included flirtation between Teresa and Wright. Friends of the couple reportedly told investigators their marriage was rocky, and Mark may have feared he would lose his daughters in a divorce. Multi-million-dollar life insurance policies taken out on Teresa also suggest a financial motive. 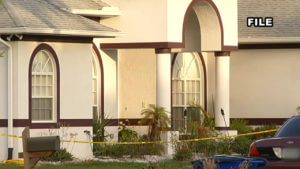