ROCKFORD, Ill. (AP) — A federal judge sentenced an Illinois man to 55 years in prison Monday for the shooting death of a deputy U.S. marshal serving an arrest warrant for a series of downstate burglaries. 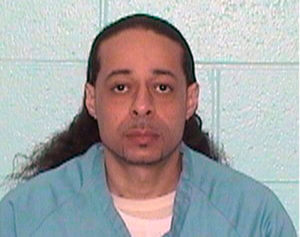 Special Deputy U.S. Marshal Jacob Keltner, 35, was a McHenry County deputy working with a Marshal’s Service fugitive task force when he was killed on March 7, 2019, at a Rockford hotel.

When task force officers attempted to gain access to Brown’s third-floor hotel room, he fired 10 shots through the door and nearby walls, narrowly missing three deputy marshals, U.S. Attorney John Lausch said. Brown then jumped out of a window and fired a shot that killed Keltner, who was positioned outside.

Brown was arrested several hours later near Lincoln, Illinois, after a high-speed pursuit.

“Through the violent actions of Floyd Brown, the Keltner family lost a devoted son, husband and father, and the citizens of the Northern District of Illinois lost a dedicated public servant,” Lausch said in a news release. “Special Deputy Keltner made the ultimate sacrifice in the service of our nation. His bravery and dedication will not be forgotten.”