The mother and grandmother of baby Evelyn Boswell are behind bars as the investigation continues into the little girl’s death, law enforcement said. 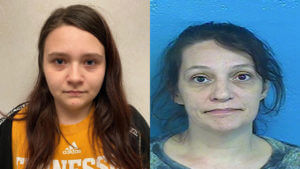 The remains of Evelyn’s body were found on March 6 in Sullivan County, Tennessee. A 17-day search across three states led authorities to a property belonging to a relative of Evelyn’s mother, according to the Tennessee Bureau of Investigation.

No one has been charged in the 15-month-old’s death. A cause of death has not been released and a judge reportedly sealed her autopsy.

Evelyn’s mother, 19-year-old Megan “Maggie” Boswell, has been in Sullivan County jail since February 25 on one count of filing a false report regarding the child’s disappearance, the TBI said.

A statewide AMBER Alert was issued for Evelyn on February 19. But the TBI said in a statement that December 26 is listed as the date the child was last seen. Throughout the investigation, Megan Boswell and others connected to the child gave “conflicting dates,” the TBI said.

Court documents indicate Boswell initially told investigators that Evelyn was with her father, Ethan Perry, the Associated Press reported. Investigators determined Evelyn was not with Perry, who is reportedly stationed at Fort Polk, Louisiana, with the U.S. Army. 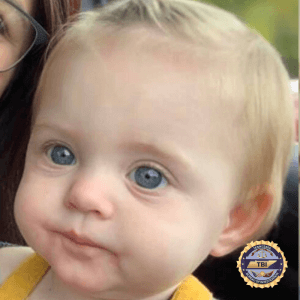 Boswell then told WJHL that her mother, Angela Boswell, took the child to a campground in Mendota, Virginia. Multiple searches ended with no sign of baby Evelyn.

The investigation of Evelyn’s death continues.

· Feb. 18: 15-month-old Evelyn Boswell is reported missing. Family members told investigators the child had not been seen since December 26, 2019.

· Feb. 24: Angela Boswell is extradited to Sullivan County, Tenn. after telling a N.C. judge she wants to deal with her granddaughter’s disappearance. Evelyn’s mother, Megan Boswell, tells investigators the child was taken to a campground in Mendota, Virginia by Angela Boswell.

· Feb. 25: A search of multiple campgrounds in Mendota turn up no sign of Evelyn. Megan Boswell is arrested on a charge of filing a false report.

· Feb. 26: Authorities search a pond in Wilkes County, N.C. after receiving a tip. The search turns up empty.

· March 6: The Tennessee Bureau of Investigation announces remains believed to be of Evelyn Boswell were found on a property belonging to a family member of Megan Boswell.

· March 11: The remains found on a property in Sullivan County are confirmed to be Evelyn Boswell.