ROME (AP) — Matteo Messina Denaro’s long record as a killer — turncoat mobsters said he’d boast of enough murders to fill a cemetery — greatly burnished his credentials among his peers as a major boss in the Sicilian Mafia.

After 30 years eluding capture while still running much of the Mafia’s affairs, he was arrested Monday at a Palermo clinic, where the convicted mobster was receiving chemotherapy. But while he was hustled off early Tuesday to a maximum-security prison on the Italian mainland, his capture is hardly expect to bring the demise of the Cosa Nostra, thanks to the syndicate’s more than century-old roots and rules. 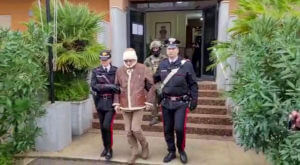 “What will happen in detail, we can’t know,” Palermo Prosecutor General Lia Sava, said on Rai state radio about the future of the Mafia.

“But one thing is sure. Cosa Nostra is made up of rules. It has supported itself on these rules for 150 years, so certainly it will put into motion those rules to repair the damage, and thus create the new leadership structure needed after the arrest,” Sava said.

While Messina Denaro wielded great influence in the Mafia, for decades Cosa Nostra has lacked a supreme capo, investigators say.

The practically mythical figure of a “boss of bosses” ended in 1993, with the arrest in a Palermo hideout of Salvatore ”Toto” Riina, who had been Italy’s top fugitive for 23 years.

According to trial testimony that led to his conviction for many murders, including the 1992 bombings that killed Italy’s top two anti-Mafia magistrates, Riina was in charge of Cosa Nostra’s “commission” that ran illicit businesses and devised a strategy of deadly retaliation against the state for its crackdown on the mob.

“After Riina there was never an absolute boss,” said Rome Chief Prosecutor Francesco Lo Voi, who took up his post last year after serving as Palermo chief prosecutor, helping coordinate the hunt for Messina Denaro.

Even if the “capo di capi” figure still existed, Messina Denaro wouldn’t have qualified because he came from Castelvetrano on Sicily’s western edge, not from Palermo or its surrounding countryside, Lo Voi noted, citing Cosa Nostra’s rules. 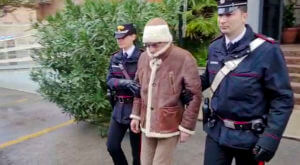 Still, Messina Denaro, the son of a crime boss, “was one of the most important bosses and (he) had ties with other criminal organizations in Italy and abroad,” Lo Voi told The Associated Press.

“That’s why his arrest surely represents an earthquake at this moment for Cosa Nostra,” Lo Voi said.

That strategy is “no longer one of violence” against the state, Melillo said on state TV Monday night, referring to the 1992 bombings that killed Palermo prosecutors Giovanni Falcone and Paolo Borsellino, and the 1993 bomb attacks against Rome churches, the Uffizi Galleries in Florence and an art gallery in Milan, part of the Mafia’s bid to try to get the state to drop its crackdown on Cosa Nostra.

Instead Cosa Nostra is lying low, opting to “co-penetrate the social and economic fabric” of Italy, Melillo said.

A small army of turncoats helped Italian authorities put scores of Cosa Nostra members behind bars in the last few decades, and as a consequence, gave boost to the ‘ndrangheta crime syndicate in Italy’s southern “toe,” allowing it to eclipse the Sicilian mob in influence to become one of the world’s biggest cocaine brokers.

In the 1980s, an FBI undercover operation working with Italian investigators, including Falcone, broke up a multi-million heroin ring and cocaine distribution operation involving Sicilian Mafia figures and the Gambino crime family in New York. 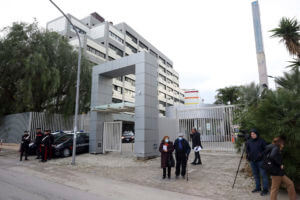 External view of the private clinic where Mafia boss Matteo Messina Denaro was arrested in Palermo, Sicily, Italy, Monday, Jan. 16, 2023, Italy’s No. 1 fugitive was arrested at a private clinic in the Sicilian town, after 30 years on the run. He is set to be imprisoned for the two bombings in Sicily in 1992 that murdered top anti-Mafia prosecutors, Giovanni Falcone and Paolo Borsellino, and other grisly crimes. (Alberto Lo Bianco/LaPresse via AP)

But Cosa Nostra lately “has gone back in a big way to drug trafficking,” including cocaine, synthetic illegal drugs and heroin, Lo Voi said. With enough drug trade to go around, there’s no real rivalry between Cosa Nostra and the ‘ndrangheta, he added.

With drug trafficking, “the earnings are enormous and the activity is less dangerous than extortion,” Lo Voi said.

But some 15 years ago, grass-roots groups of young people in Palermo rebelled against their elders’ longtime surrender to the practice. Forming an organization called “Addiopizzo,” or “Farewell Pizzo,” they encouraged businesses to report extortionists to authorities instead of paying them.

Control of local territory is crucial for the Mafia’s existence.

That complex relationship — a combination of benefit, fear and even complicity — is suspected of helping Messina Denaro elude the law for 30 years, most of that time in Sicily.

Since his capture, police have been searching his most recent hideout — a home on a dead-end alley in Campobello di Mazara, near Trapani. The owner is Andrea Bonafede, the name the fugitive used on an identity card to receive his cancer treatment.

The real Bonafede is under investigation, including at least one of the doctors who had been involved in the fugitive’s treatment at the clinic beginning in late 2020, Italian news reports said. 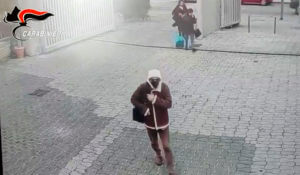 In this picture taken from a video released by Italian Carabinieri on Tuesday, Jan. 17, 2023, top Mafia boss Matteo Messina Denaro arrives for treatment at a private clinic in Palermo, Sicily, Italy, Monday, Jan. 16, 2023, where he was arrested after 30 years on the run. (Carabinieri via AP)

Fellow cancer patients told La Repubblica daily that the man who wore designer scarves and hand-painted shirts freely chatted with them while receiving chemotherapy and sometimes gave them bottles of olive oil.

Six years ago, Italian authorities confiscated 13 million euros worth of olive groves and bottling facilities linked to Messina Denaro in the countryside near Trapani.

Shouts of “Bravi!” rose in the street outside the clinic when two Carabinieri officers brought him out of the clinic.

But others wondered about why it took decades to capture him.

“I had expected for a long time that it would happen, but it is absurd that it took 30 years,” Salvatore Borsellino, brother of the slain prosecutor, told AP in a video interview from Palermo.

It’s clear “that he enjoyed cover” on the local level, Borsellino said. “But there must have been institutional complicity” as well. 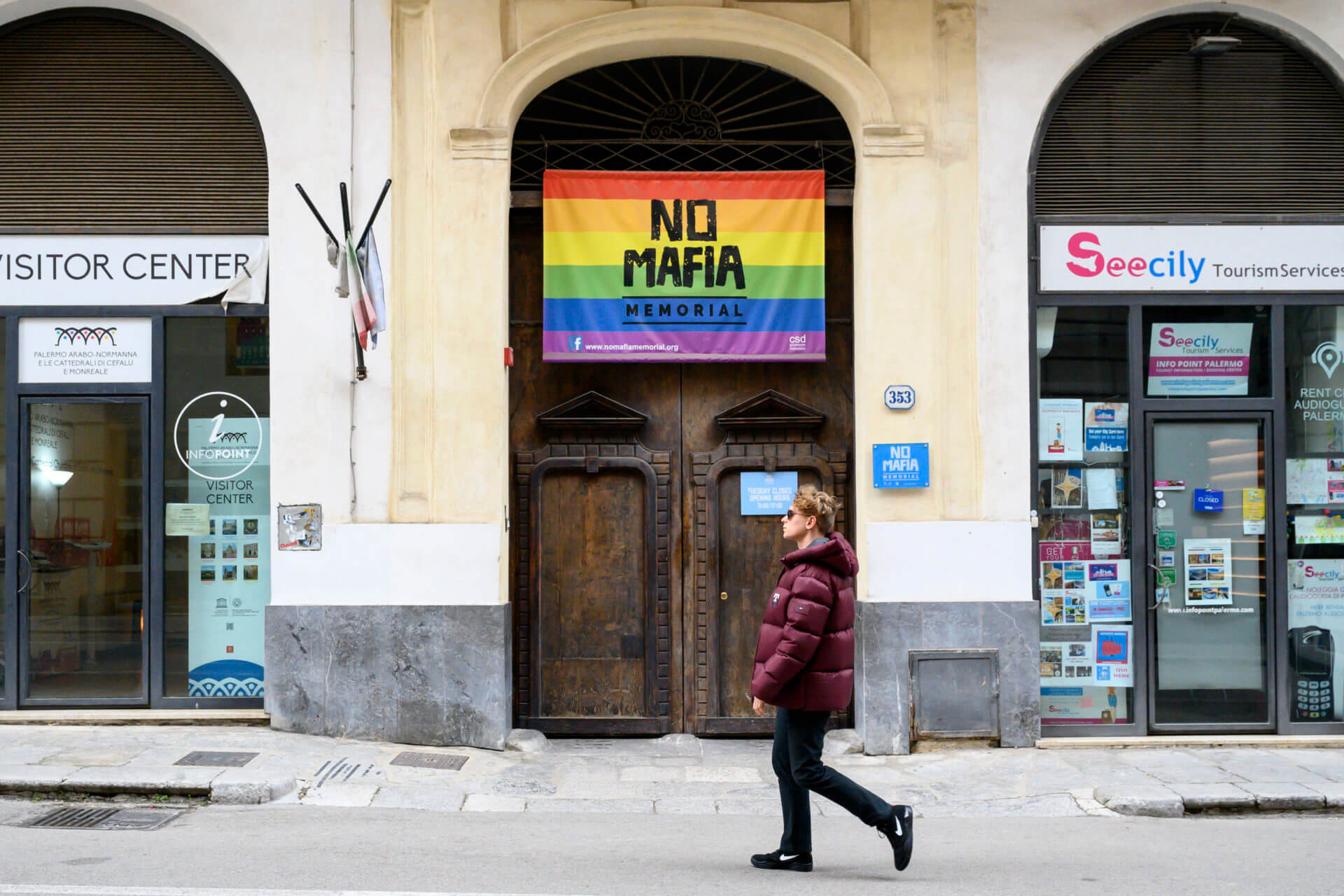 A man walks past a flag that reads: "No Mafia" in Palermo, Italy, Tuesday Jan. 17, 2023. Italy's No. 1 fugitive, Mafia boss Matteo Messina Denaro, was arrested Monday after 30 years on the run. Matteo Messina Denaro's long record as a killer — turncoat mobsters said he'd boast of enough murders to fill a cemetery — greatly burnished his credentials among his peers as a major boss in the Sicilian Mafia. (AP Photo/Valeria Ferraro)
MORE NEWS