KANSAS CITY, Mo. (SCRIPPS) — Kylr Yust has been found guilty of manslaughter and murder in the deaths of Kara Kopetsky and Jessica Runions.

It’s a verdict more than a decade in the making. 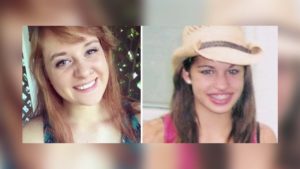 Those were among the lesser included charges. Yust was facing two counts of first-degree murder.

Both girls’ remains were found together in the woods in Cass County in 2017.

Both girls had a relationship with Yust.

The prosecution laid out a circumstantial case, creating a timeline of witnesses talking about Yust’s relationship with the girls and the different times he admitted to acquaintances that he had harmed them.

Yust’s history of abuse toward his girlfriends took center stage, including an ex-girlfriend who testified that he choked her and threatened her.

Evidence presented in court painted a picture of a troubled man who tried to cover his tracks by burning evidence with the help of his step-brother, Jessep Carter, whose widow described the day the Yust came to them in distress over something he had done.

There was more evidence for the jury to consider in the Runions case, which likely explains why the jury convicted Yust of second-degree murder in her disappearance.

The defense tried to poke holes in how the investigation was conducted by the Belton and Kansas City, Missouri, police departments, citing failure to collect proper evidence and alibi information.

Yuest’s attorneys also attempted to paint Carter as a potential suspect hoping to cast doubt, but Cass County Presiding Judge William Collins kept many of the witnesses with pieces of information that seemed to put Carter on trial from going before the jury.

Despite that, Kylr Yust took the stand in his own defense and also said his brother was responsible, even using the words “serial killer” to describe Carter. 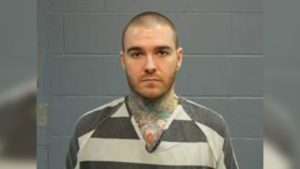 This 2017 booking photo shows Kylr Yust, who has been found guilty of murdering Kara Kopetsky and Jessica Runions nearly a decade apart. A jury convicted Yust on April 15, 2021. (KSHB)

Potential errors in Belton’s investigation of Kopetsky’s disappearance, the length of time since she went missing and its impact on witness testimony, and the lack of some physical evidence that was available in the Runions case may have prompted the jury to convict Yust of voluntary manslaughter in Kopetsky’s case.

Had Yust been convicted of first-degree murder, he would not be eligible for parole under Missouri law.

Collins will decide Friday during a sentencing hearing at 8:30 a.m. if Yust will serve his prison terms concurrently (at the same time) or consecutively (one after the other). The former would result in a much shorter prison stay compared to the latter.

This story was originally published April 15, 2021 by Katelyn Brown of KSHB in Kansas City.