AURORA, Colo. (AP) — A Kansas man convicted of sexual assault in the rape of a woman in suburban Denver and of assaulting and carjacking another woman has been sentenced to life in Colorado state prison.

The Aurora Sentinel reports that 26-year-old Tre Carrasco was sentenced Friday by Arapahoe County District Judge Ben Leutwyler to a total of 136 years in prison. 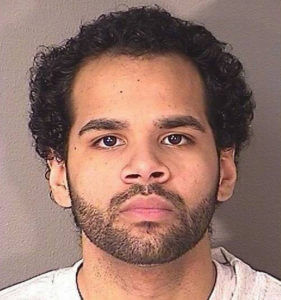 Carrasco was convicted in May of nearly a dozen charges, including felony sexual assault in the rape of an au pair in Cherry Hills Village in 2019 and the attempted kidnapping of another woman whose vehicle he stole outside an Aurora gym.

A native of Hays, Kansas, Carrasco was sentenced in that state to more than eight years in prison for a violent sexual assault in 2011. Carrasco also has been accused of raping another woman at gunpoint in the passenger seat of her car in Kansas days before the Colorado crimes. He has yet to face charges filed against him in that case.

Carrasco was sentenced to two years in Colorado state prison in 2020 after pleading guilty to a felony contraband charge. He has been detained at the Arkansas Valley Correctional Facility in Buena Vista.