The trial for Paul and Ruben Flores began with opening statements mid-July in Salinas. 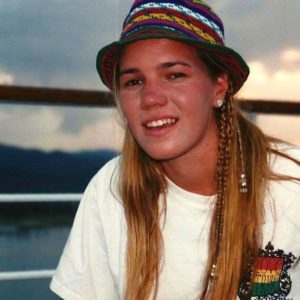 Paul is charged with murder in connection with Kristin’s 1996 disappearance from the Cal Poly campus. His father, Ruben, is charged as an accessory, accused of helping hide the 19-year-old’s body.

Several people have previously testified about searches that took place as part of the investigation at Ruben’s Arroyo Grande home, the Cal Poly campus, Paul Flores’ home and more.

Forensic DNA Analyst Angela Butler was back on the stand Monday morning and testified about a package she received from San Luis Obispo County Sheriff’s Detective Clint Cole in March of 2021.

The package contained what Butler described as “damp, sandy soil.”

She says while inspecting the contents, there were some very unusual pieces of soil in a variety of colors.

Butler described a test she did on some of the soil samples to test for blood and said all six samples came back with weak positive results for the presumptive test for blood.

After the courtroom was shown various photos to help explain how the tests work, San Luis Obispo County Prosecutor Christopher Peuvrelle asked Butler what the significance of the results were to her.

She replied, “As far as the conclusions I can draw, I have confirmed the presence of human blood on these samples.”

However, Butler added that she was unable to extract any DNA from the samples, telling the court that while DNA lasts decades under pristine conditions, if not stored correctly, you may not get any results.

Butler says there were a total of 13 positive blood samples from soil samples she received in March and April of 2021.

Butler then testified about another package with soil samples she received for testing from Cole in April of 2021.

She described one of the samples as being negative for blood but two samples she took from another sample showed something different.

“Both of those samples are positive on the HemDirect card, indicating that they are positive for the presence of human blood,” Butler told the court.

One juror asked if Butler could tell blood type from the samples.

Butler replied no and explained that you need liquid blood to determine blood type. “It’s just not possible. Can’t even get DNA from it,” she said.

More samples were then discussed, with Butler saying results for blood varied from negative, to weak positive to positive.

Butler described fibers found in some of the samples, their colors and said there were “several possible pieces of plant material.”

This story was originally published Sept. 20, 2022 by KSBY, an E.W. Scripps Company.