AKRON, Ohio (WEWS) — A family learned from a DNA test their daughter was fathered by a stranger after an apparent mix-up of sperm samples at Summa’s Akron City Hospital over 30 years ago, according to a law firm representing the family in a lawsuit.

In 1991, Jeanine and Mike Harvey sought fertility services from Dr. Nicholas J. Spirtos at the IVF Center at Summa Akron City Hospital, according to the lawsuit filed this week in Summit County Court. Their objective was to have a child who was genetically related to both of them, and Jeanine Harvey underwent intrauterine insemination with the belief that her husband’s genetic material would be used. 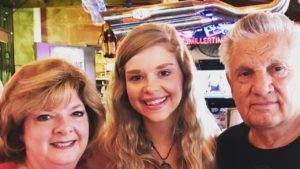 “But unbeknownst to Mr. or Mrs. Harvey, Defendants used a stranger’s genetic material instead. Mrs. Harvey became pregnant and Jessica was born in 1992,” the lawsuit states.

After extensive genealogical research, Jessica Harvey Calloway learned the identity of her biological father, who the lawsuit identifies by the pseudonym “Mr. Barrett” to protect his privacy at his request. He confirmed that he and his wife were patients of Spirtos at the same time as the Harveys.

Mr. Barrett agreed to submit to a paternity test, which confirmed he was Jessica Harvey Galloway’s biological father.

The lawsuit states that the Harvey family does not know what happened to Mike Harvey’s genetic material, since it was not used in Jeanine Harvey’s procedure.

The lawsuit makes the following claims against Summa Health and Spirtos on behalf of the Harveys: medical malpractice, lack of informed consent, negligence, negligent hiring/training/supervision, battery, negligent misrepresentation, loss of consortium, breach of contract, bailment of genetic material, and an alternate claim of promissory estoppel.

The Harveys are seeking for the court to declare Summa Health and Spirtos liable for these claims and to find that they breached their contract with the couple. The family is seeking compensatory damages and interest from the date of the procedure, an order requiring the health system to provide Mike Harvey with his genetic material or an account of its whereabouts, costs of the suit that were incurred, and other relief as deemed just and proper. 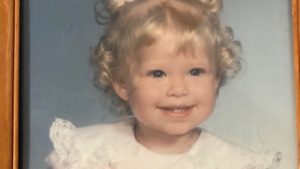 If necessary, the family also seeks to declare any governing statute of limitations as unconstitutional as applied to them in this action.

“Learning that your entire reality isn’t what you believe it to be is hard to explain, it’s like waking up in somebody else’s life,” father Mike Harvey added. “These are professional organizations and this is a careless error.”

The family’s attorneys are seeking a jury trial in this case.

Summa Health provided the following statement in response to News 5’s request for comment on the lawsuit:

“We are aware of an allegation that has been made claiming in 1991 a patient was artificially inseminated with the semen from a person who is not her husband. We take this allegation seriously and understand the impact this has on the family. At this point, we have not met with the family or conducted testing of our own. Given the very limited information that we have and the amount of time that has passed, it remains our hope that the attorneys representing the family will work with us to make that next step a priority.”

News 5 has also reached out to Spirtos through his attorney and at his office at Northeastern Ohio Fertility Center and is still awaiting a response. While Spirtos currently operates at the independent practice, he remains affiliated with Summa Health.

This story was originally published Feb. 2, 2022, by WEWS in Cleveland, an E.W. Scripps Company.