EL PASO COUNTY, Colo. (SCRIPPS) — Court documents released on Monday, May 3, show Letecia Stauch requested a state attorney be appointed to her case, after waiving her right to counsel and deciding to represent herself. 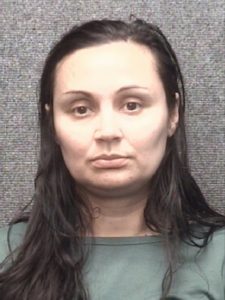 Stauch is accused of killing her 11-year-old stepson Gannon in their Lorson Ranch home on January 27, 2020. She now has an Appearance of Counsel set for May 5.

“You’d assume it’d have to create some delays, right? Even if it is the exact same counsel coming in from the public defender’s office. There’s things that have happened that they have not been privy to over the past two months that would likely delay the preliminary hearing,” said Stephen Longo, a local attorney.

Our Colette Bordelon will be in the courtroom on Wednesday, and will bring you updates in real time on her Twitter account.

Recently, her law library privileges were revoked until July after she refused to go during her scheduled slots. The law library is a place where pro se inmates can go to prepare for their court appearances.

Stauch had previously been adamant about representing herself, saying she doesn’t believe experts in the legal system hold much value in this case. In her Arguello Advisement, she said she has “23 hours a day to work.” She also compared the case to poker and believes she has an “ace in the hole,” insinuating she is innocent.

Longo has said in the past how challenging it is for pro se defendants in any case, but especially a case of this magnitude. “It’s a good move on her part. I think what we’re probably more curious about, is why now? Whether this was all a ploy, a game to delay things, that she concocted? Or, was it that she honestly thought she could do it, got into a little bit, and realized maybe this isn’t such a good idea and wanted counsel back,” said Longo.

Also released on Monday was the prosecution’s witness list for the preliminary hearings, currently scheduled for May 20. Out of the seven names listed, five are from the El Paso County Sheriff’s Office, and one is from the Federal Bureau of Investigations. Harley Hunt is also on the list, Stauch’s daughter. “The standard at a preliminary hearing is very, very low, for a state to meet their burden for the case to continue. But, I think it does give us a preview of what to expect. Outside of all the forensic evidence that we expect to see in the trial, we want some of that common sense evidence as well,” said Longo.

The arrest affidavit claims Stauch texted Hunt to buy carpet cleaner, trash bags, and baking soda. Investigators believe these products were used to clean Gannon’s murder scene. The affidavit states there is a receipt to confirm the purchase.

This story was originally published May 3, 2021, by Tyler Dumas and Colette Bordelon of KOAA in Denver.