MONROE COUNTY (WRTV) – The man who was charged for raping and furnishing alcohol to an Indiana University student who was found dead in his home in 2022 has now been charged with the rape of another woman.

Eric Montgomery is accused of raping Avery McMillan, who was found dead in his Bloomington home. 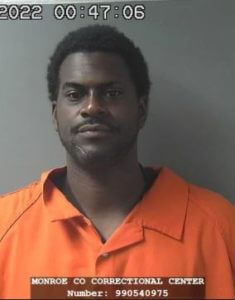 According to court records, Montgomery was charged with a second count of rape, a level 3 felony, on Jan. 6 for the rape of a different woman in August of 2021.

Records show that on August 21, 2021 a female victim contacted the Ellettsville Police Department and reported that she had been raped by Montgomery, who lived next door to her in the 200 block of East Vine St. in Ellettsville.

According to the probable cause affidavit filed against Montgomery, the victim claimed that he had contacted her and asked to come to her apartment. The victim said that Montgomery was mourning the death of a family member at the time and she allowed him to come over to her apartment.

While he was there, the victim told investigators that Montgomery asked for a hug and to be held while he cried.

Court documents state that the victim told investigators that her comforting him quickly led to him becoming physical with her. He pinned her down and began kissing her and taking off her clothes even after she said “no” multiple times.

The victim told detectives that she was fearful of Montgomery because of his size and that he raped her.

Evidence collected from the victim was later compared with DNA samples taken from Montgomery. On Jan. 3, 2023, the Indiana State Police Crime lab confirmed that the DNA samples collected were a match.

The additional charges were filed on Jan. 6.

Several swabs were collected from the victim by a certified Sexual Assault Nurse Examiner at the IU Health Bloomington Hospital Emergency Department.

This was submitted to the Indiana State Police Crime Lab in Indianapolis for analysis and a male DNA profile was developed from the swabs submitted.

On Sept. 1, 2022, Detective Zachary G. Michael of the Ellettsville Police Department applied for a search warrant to obtain a DNA sample from Montgomery.

The search warrant was granted on Sept. 2 and was executed at approximately 9:38 PM when Detective Michael collected a DNA sample from Montgomery at the Monroe County Correctional Center.

The DNA sample was submitted to the Indiana State Police Crime Lab in Indianapolis for analysis.

On Jan. 3, 2023, the Indiana State Police Crime lab confirmed that the DNA profile collected from Montgomery matched the male DNA profile developed from the swabs taken from the victim.

This story was originally published Jan. 11, 2023 by WRTV in Indianapolis, an E.W. Scripps Company.