Larry David Smith, 71, had been living in New York for the last 45 years. 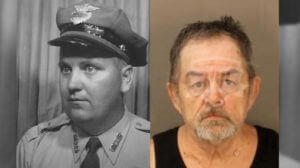 He was initially interviewed by detectives in 1973, two years after Hall’s death, but was never labeled a suspect. In 1975, he reportedly changed his last name from Becker to Smith.

His name came back up again in October of 2021, when detective K. Leggett and corporal L. Killen of the Montgomery County Police Cold Case Unit decided to take a fresh look at the case.

Last week, both investigators made their way out to New York for another interview with Smith.

This time, police say he admitted to shooting Hall. Smith has since been charged and is expected to be in Maryland by week’s end.

Police believe Hall interrupted a burglary before he was shot and found face down at the Manor Country Club in Rockville.

This story was originally published Sept. 7, 2022 by WMAR in Baltimore, an E.W. Scripps Company.