BEL AIR, Md. (WMAR) — When Harford County Sheriff’s deputies and medics responded to a Bel Air, Maryland home on Tuesday night, they discovered a man with a gunshot wound to the leg, but his account of what had happened just didn’t add up.

“The original report was that he was walking down the street, heard somebody call his name, fired a gun from a vehicle that was driving by,” said Col. William Davis of the Harford County Sheriff’s Office, “The evidence on the scene clearly shows that did not happen.” 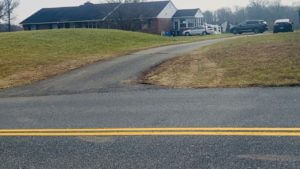 Oh, there was no question that a .45 bullet had struck 56-year-old John Thomas Preston Jr. in the knee, but it came from close range and a shell casing was found at his nearby home.

Detectives determined the so-called victim had accidently shot himself, and while hospitalized, he’s now been served with an arrest warrant for allegedly filing a false police report.

Preston is also facing additional charges, because it turns out, he wasn’t supposed to be in possession of a handgun.

Not to mention a shotgun also found inside his home.

An accident and an injury, as well as a cover up and now a series of charges after early information of the shooting posted on line raised fears that proved to be unfounded.

This story was originally published Jan. 11, 2023 by WMAR in Baltimore, an E.W. Scripps Company.