ALBUQUERQUE, N.M. (AP) — A man was convicted Monday in the 2016 death of an Albuquerque girl who was strangled, dismembered and set on fire in the bathtub of her mother’s apartment on her 10th birthday.

The jury deliberated less than four hours before returning with guilty verdicts on all charges Fabian Gonzales faced in the death of Victoria Martens. He was charged with reckless child abuse resulting in death, tampering with evidence and conspiracy to tamper with evidence. 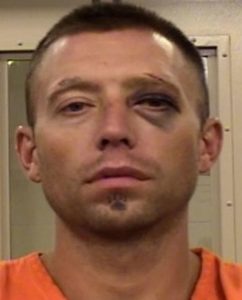 Prosecutors said Gonzales faces up to 43 1/2 years in prison when he is sentenced.

Gonzales, now 37, had moved into the girl’s mother’s apartment a month before the girl’s death on Aug. 23, 2016. Prosecutors during the trial argued that although Gonzales didn’t kill Victoria, he set in motion a series of events that created a dangerous environment that ultimately led to the girl’s death.

Gonzales was also accused of helping his cousin, Jessica Kelley, dismember the girl, set her remains on fire and clean the crime scene in an attempt to conceal the death.

Kelley, 37, testified that she was high on methamphetamine at the time. She reached a plea agreement with prosecutors on charges that included reckless child abuse resulting in death in exchange for testifying at Gonzales’ trial. She was sentenced earlier this year to 44 years in prison.

The girl’s mother, Michelle Martens, 41, pleaded guilty to one count of intentional child abuse resulting in death in a 2018 plea agreement. Her sentencing was delayed until the conclusion of Gonzales’ trial and prosecutors have said she is expected to get 12 to 15 years in prison.

During the investigation, police determined that Martens and Gonzales were not home when Victoria was killed and arrived later that night.

Defense lawyers tried but failed to convince jurors that Kelley was solely responsible for the girl’s death and dismemberment. Gonzales had allowed Kelley to stay at the Martens’ apartment shortly after Kelley was released from prison.

“I would tell you, this is not a complicated case, it’s actually fairly easy to solve. But emotion can overwhelm that,” Stephen Aarons, Gonzales’ attorney, said in his closing argument. “There is an urge to flush anyone and everyone remotely connected down the toilet.”

Aarons said the verdict will be appealed.

Gonzales tested positive for COVID-19 last week and appeared virtually at his trial for two days.

He returned Monday to hear the verdict from a plexiglass box inside the courtroom.