HOUSTON (AP) — A man charged in a fatal road rage shooting of a teenager as he and his family drove home from a Houston Astros game in 2021 has been sentenced to 30 years in prison, authorities announced Tuesday. 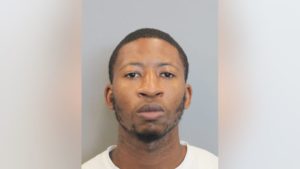 Gerald Williams had been set to go to trial this week in the killing of 17-year-old David Castro.

Authorities have said Castro, his father and brother, were stuck in slow traffic in July 2021 when the teenager’s father, Paul Castro, exchanged hand gestures with Williams. Police said Williams was driving aggressively and swerving around vehicles when he got stuck in traffic.

Police said Williams, 35, followed the Castro family for several miles on Interstate 10 before shooting at their truck shortly after both vehicles exited the freeway. David was shot in the head. He died at a hospital. His father and brother were not injured. 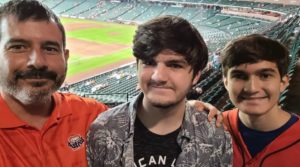 Victim David Castro (center) is pictured with his father and brother. (Family Photo)

During a court hearing Tuesday, prosecutors said Williams agreed to plead guilty to murder in exchange for a 30-year sentence.

After the hearing, Paul Castro, told reporters that his family supported the plea agreement as it meant his family could avoid having to relive the trauma of the shooting during a trial.

Castro said he read a victim impact statement to Williams to convey the pain and sadness his family has felt since the shooting.

“I needed him to know that that night, he caused terror in my two sons and one of them didn’t make it. I hope he dreams that every night for the next however many years he lives because every night, I go to bed with that image in my head,” he said.