HOUSTON (AP) — A man was sentenced to death Wednesday for the fatal 2019 shooting of a law enforcement officer who was the first Sikh deputy in his Texas agency.

A Harris County jury deliberated for about 35 minutes before returning the death sentence for Robert Solis, 50, after convicting him of capital murder on Oct. 17 in Harris County Sheriff’s Deputy Sandeep Dhaliwal’s killing. 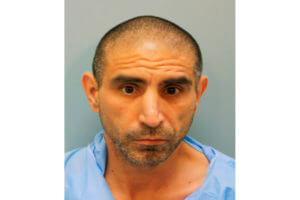 According to trial evidence, Solis shot the 42-year-old deputy multiple times during a Sept. 27, 2019, traffic stop in a residential cul-de-sac 18 miles (29 kilometers) northwest of Houston. Dhaliwal was returning to his patrol car when Solis shot him from behind.

“The defendant executed a uniformed deputy by shooting him in in cold blood in broad daylight. That makes him the worst of the worst, which is why we asked jurors to sentence him to death,” Harris County District Attorney Kim Ogg said in a statement.

Solis represented himself in the trial after firing his three defense attorneys.

Prosecutors had told jurors that Solis had a lengthy criminal record of robberies and sexual predation leading up to Dhaliwal’s killing.

Assistant District Attorney Katie Warren, who prosecuted the case, said in a Wednesday statement that Dhaliwal was not just a trailblazer in the law enforcement community but also an exceptional officer.

“Deputy Dhaliwal was a pillar of this community, and when it came to law enforcement, he set the bar,” Warren said. “His loss is a loss that every single one of us feels. We’re glad today that this jury was able to give justice.”