SMITHSBURG, Md. (WMAR) — More details have been released about a workplace shooting in Western Maryland that left three employees dead and three others, including a Maryland State trooper and the gunman injured.

Joe Louis Esquivel of Hedgesville, West Virginia, has been charged in connection with the shooting. Esquivel is facing 25 charges, the worst being three counts of first and second-degree murder. 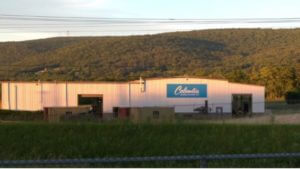 It happened Thursday around 2:30pm at Columbia Machine, Inc., a concrete mold manufacturer in Smithsburg, Maryland.

The Washington County Sheriff’s Office says the 23-year-old worker there was on a regularly scheduled shift, when he went to get a gun from his vehicle and opened fire on multiple co-workers inside the company break room.

The shooter then fled the scene in his Mitsubishi Eclipse but was quickly tracked down by a Maryland State trooper, leading to a shootout.

Both the trooper and the suspect were wounded. The trooper has since been released from the hospital.

A search warrant of the suspect’s West Virginia home led to the recovery of multiple additional firearms.

Esquivel is currently being held without bond.

This story was originally published June 10, 2022 by WMAR in Baltimore, an E.W. Scripps Company.