BROOKHAVEN, Miss. (AP) — A Mississippi man on Wednesday pleaded guilty to first-degree murder in the 2018 shooting deaths of two police officers, and a judge gave him two sentences of life in prison.

The guilty pleas from Marquis Aaron Flowers, 28, came five days before jury selection was scheduled to begin in his capital murder trial. By pleading guilty before a jury could be chosen, Flowers avoided the possibility of the death penalty because only a jury can hand down a death sentence in Mississippi. 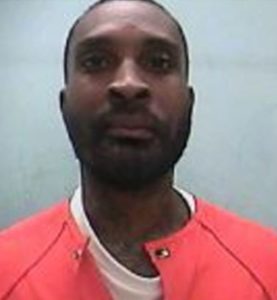 Brookhaven Police Department Cpl. Zach Moak, 31, and patrol officer James Kevin White, 35, were shot to death Sept. 29, 2018, while responding to a call about shots being fired at a home. Investigators said that before Moak died, he was able to shoot Flowers and call for help.

White’s sister, Lisa White McBlair, said she cried herself to sleep for months after her brother was killed, and she has had nightmares and stress-induced panic attacks.

“Marquis Flowers handed every one of us a life sentence that morning over three years ago,” McBlair said, her voice shaking.

Vicki Moak stood with her other son, Chris Moak, as she recalled how Zach had been born prematurely.

“He came into this world fighting to live, and he went out fighting,” Vicki Moak said. “He was my baby. He was quiet, but in his quietness, there was strength.”

She said her whole world changed when she received the call that her son had been fatally shot on duty.

“I have a wound in my heart that’ll never heal,” Vicki Moak said. “I think about him every day.”

Flowers also spoke briefly in court Wednesday. He apologized to the officers’ families and asked for their forgiveness.

The two officers were slain a year after an unrelated series of killings shook Brookhaven, a south Mississippi city with 12,000 residents. A sheriff’s deputy and seven other people were shot to death in and around Brookhaven in May 2017, and in early 2020 a jury convicted and gave four death sentences to Willie Cory Godbolt, who blamed his actions on the devil.

On Oct. 28, 2019, Flowers was indicted on two counts of capital murder and possession of a firearm by a convicted felon. He pleaded not guilty to all three counts on Nov. 12, 2019. District Attorney Dee Bates said from early in the case that he would pursue the death penalty in the killings of the two officers.

Flowers on Wednesday also pleaded guilty to the firearm charge, and McKenzie gave him a 10-year sentence for that.

McKenzie decided months ago that Flowers’ trial would be moved outside Lincoln County, where the killings occurred, because of heavy news coverage when the officers were slain. Jury selection was supposed to have started next Monday in northern Mississippi, and the jurors were to be taken back to the southern part of the state for the trial.
____
Emily Wagster Pettus reported from Jackson.