LOS ANGELES (AP) — A man who admitted supplying the dealer who sold Mac Miller the drugs that killed the rapper has been sentenced to more than 10 years in prison. 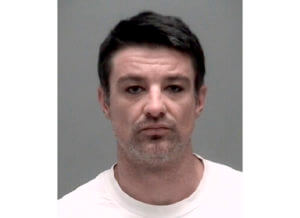 Reavis knowingly supplied counterfeit oxycodone pills containing fentanyl to co-defendant Cameron James Pettit, 30, of Los Angeles, according to a plea agreement. Pettit sold the pills and other drugs to Miller, who two days later suffered a fatal overdose, according to prosecutors.

Another co-defendant, Stephen Andrew Walter, 48, of Los Angeles, also agreed to plead guilty to one count of distribution of fentanyl. Prosecutors said Reavis supplied the pills to Pettit at the direction of Walter.

Reavis received a 131-month sentence on Monday, according to Ciaran McEvoy, a spokesman for the U.S. Attorney’s Office in Los Angeles.

Walter is scheduled to be sentenced May 16, McEvoy said.

The case against Pettit is pending.

Miller’s assistant found the rapper unresponsive in his Los Angeles home on Sept. 7, 2018, and he was declared dead soon after.

Miller was a Pittsburgh native whose real name was Malcolm James Myers McCormick. “Circles,” his sixth and final studio album, was released posthumously in 2020.