DUNDALK, Md. (WMAR) — A teacher at Dundalk High School is accused of choking at least two of his students back in February.

According to the Dundalk High website, he is the chairman of the school’s art department. 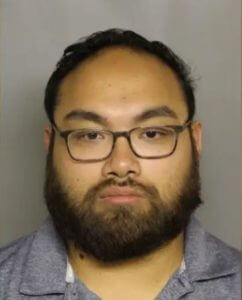 Investigators only became aware of the incident on April 1, when the mother of one student made a report about a video showing Rader choking her son in class.

During an interview with police the victim told police that Rader had done this to him at least ten times in the past, but was “scared to make a big deal out of it.”

Rader apparently started doing this kind of thing in a playful manner at the beginning of the school year, before getting more aggressive over time.

The boy said Rader often did this to other freshman students in the same class.

Turns out one of those other victim’s took the video that day, and sent it to his classmate’s mother to prove why her son had skipped Rader’s class the week prior.

Rader’s alleged behavior did not stop at choking. Both students reported that he would frequently come from behind and push on their backs to find pressure points. At times Rader would also apparently lock both students out of their phone.

Neither victim reported any injuries from the choking incidents, police say. There are however other potential victims, as the investigation remains ongoing.

Rader reportedly refused to be interviewed by detectives.

Online court records show Rader has already been released on a $3,500 unsecured bond. He’s due back in court July 12.

This story was originally published May 19, 2022 by WMAR in Baltimore, an E.W. Scripps Company.