FERNDALE, Mich. (WXYZ) — Police say 36-year-old Brandon Smith didn’t have a criminal history. But, now the Michigan man is charged with multiple counts of first degree criminal sexual conduct. The alleged victim was under the age of 13 at the time of the alleged crimes. 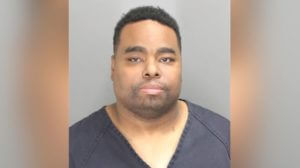 In September, the 19-year-old victim went to Ferndale, Michigan police to report being sexually assaulted by Smith, who was a friend of the family, between 2011 and 2014. At that time, the victim was between the ages of 11 and 14.

“As a parent, as a police officer it’s terrifying. This is predator type behavior. And we’re happy that he’s not on the streets anymore,” Chief Dennis Emmi of the Ferndale Police Department.

The alleged assaults took place in a home in Ferndale during a time when Smith lived with the alleged victim and his family.

“It’s alarming that that this suspect is the owner of a gaming store in the city of Novi, the name of the company was NYGN Games,” said Chief Emmi.

We talked to a woman whose children frequented the store where games are played and purchased. She did not want to be identified but said her kids love the store and she recently heard of the allegations of sexual assault by Smith involving a minor.

“I was completely shocked. He was always so kind and very honest, fair with all of his pricing. He always was willing to help us out,” she said. “We didn’t see a whole lot of children ever in the store. (It) was mostly adults. We had only ever saw one child in the store. And, he was playing video games with Brandon and they seem to know each other very well. He was there almost every time we went to the store.”

Two workers at the store did not want to appear on camera but said they’ve never seen anything inappropriate and they were shocked by the allegations.

“What scares us or worries us that there may be potentially more victims out there. This subject had unfettered contact with many minors. We hope that there isn’t any other victims, but out of an abundance of caution, we felt it was our responsibility to report this to the media so that we could possibly identify any more victims,” Chief Emmi said.

Brandon Smith is still in the Oakland County Jail on a $700,000 cash bond as Ferndale police encourage parents whose children may have had contact with him to have a talk to them.

“And ask them if they had any contact that may be inappropriate. At that time, please stop questioning them and contact the law enforcement authorities, where you live, and they will help you guide you through the rest of that process,” said Chief Emmi.

All offenses are punishable by up to life.

Smith’s next court appearance is scheduled for October 31 at 1:00 p.m. at Ferndale’s 43rd District Court.

Ferndale police are asking anyone with information or any potential victims to contact the Ferndale Police Department at (248) 541-3650.