Prosecutors have charged a Montana man with killing his girlfriend by running over her in his pickup truck during an alcohol-fueled argument in a grocery store parking lot.

Missoula County prosecutors charged Bradley Don Nagel, 53, with deliberate homicide and driving under the influence in the death of Lucille Synek. 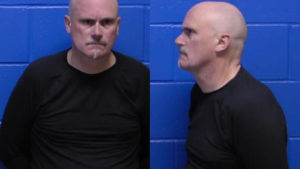 Nagel made an initial court appearance on Tuesday, where his bail was set at $1 million. He did not enter a plea and requested a public defender, court officials said. His District Court arraignment is set for Nov. 1.

Nagel got into his pickup truck and Synek stood in front of it. As Nagel started driving forward, Synek moved to the driver’s side of the pickup truck, charging documents said.

The truck accelerated, Synek fell and the rear tire of the truck drove over her, charging documents said. Synek died at the hospital a short time later.

Nagel told investigators he thought Synek would move out of the way and that he didn’t mean to run over her, charging documents said.