BAKERSFIELD, Calif. (KERO) — Emotions were high as Orrin and Orson Wests’ biological family learned more about the events leading up to their deaths. The family said it’s been a difficult time for them learning that the West boys were dead for three months before being reported missing.

Especially, that their adoptive parents were arrested for murder. They said it’s been a struggle to process all of this information and are just trying to stay positive. 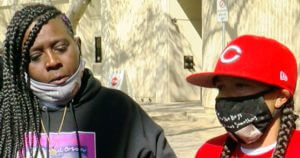 She said her family is in pain after hearing the update Wednesday that the boys are dead. They knew it was a possibility, but still, it’s a tough reality to deal with.

She said they think the boys were killed even before leaving Bakersfield, California. “It didn’t happen at Cal City, put it like that, we knew that.”

But even with those updates, they still want answers.

“The question is now, where are the boys’ bodies? We want to be able to bring them home and give them a proper burial.”

Keisha Stevenson, a community member who organized monthly candlelight prayers for the boys, adds that there is still a lot of confusion around what happened. “Why would they do this? Just why.”

Stevenson said that they want to thank the community for helping raise awareness to look for the boys.

“We kept the awareness out there and I just thank everybody that supported and boots on the ground, whatever you did, we just appreciate it.”

This story was originally published March 2, 2022 by KERO in Bakersfield, an E.W. Scripps Company.