Documents reveal that police worried Larry Millete “may flee the state or country with his three young minor children or Respondent will likely shoot it out with police due to photographs showing several unregistered and/or illegal assault rifles with numerous ammunitions on a table in Respondent’s house” after learning about the gun violence restraining order.

In the documents, “respondent” refers to Millete.

The documents also added that shortly after a search warrant was executed at Millete’s home, he purchases two more firearms in February and March of this year.

Police said the second photo depicted Millete’s 4-year-old son standing on a table, “surrounded by the same cache of legal and illegal firearms and ammunition.”

“The child had immediate access to the illegal assault weapons and the fourteen other firearms and ammunition creating a potential extreme danger to the child and those physically present at the home,” documents said.

The release of the documents comes a week after Chula Vista Police confirmed that Millete had been named a “person of interest” in his wife’s disappearance in the GVRO. 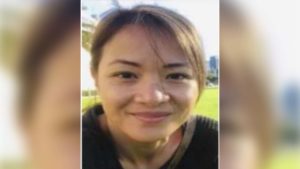 Following the GVRO in May, Millete claimed that police had illegally detained him during a search of his home.

“The Chula Vista police held me for six hours while my home was being searched, and they threatened me with being arrested or detained even longer if I insist on going home to my children, my parents, and my house,” Millete said in court documents.

Maya has been missing since last January. Since she was reported missing, police say investigators have been combing through dozens of tips, have served multiple search warrants, and have conducted numerous interviews with family members and friends.

This story was originally published July 27, 2021, by KGTV in San Diego.