NORTH ROYALTON, Ohio — Micey Stiver, 24, was sentenced to prison time at the Lorain Correctional Institution after pleading guilty to multiple charges including the rape and kidnapping of his 12-year-old stepsister, according to court records. 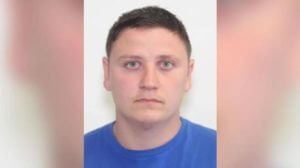 On April 5, an amber alert for the 12-year-old was issued, and on the same day, she was found with Stiver, who was then arrested for her abduction.

At the time of the abduction, Stiver was on probation for arson-related charges related to an incident in Oct. 2021. While on probation, he was under the supervision of the probation department’s mental health/developmental disabilities unit, court records state.

Tuesday, Stiver was sentenced by Judge Deena Calabrese to 35-to-40 years in prison.

This story was originally published Nov. 2, 2022 by WEWS in Cleveland, an E.W. Scripps Company.