During the hearing, the judge set Schurr’s preliminary hearing for July 18. 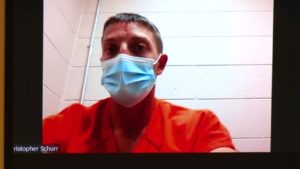 Schurr has since been fired from the Grand Rapids Police Department.

He made his first court appearance on June 10, before posting bond and leaving jail within a matter of hours.

Schurr’s attorneys say they will not take a deal, and they plan to take the case to trial.

If convicted, Schuff faces up to life in prison with the possibility of parole.

This story was originally published June 21 by WXMI in Grand Rapids, an E.W. Scripps Company.