ATLANTA (AP) — A man accused of killing eight people, six of them women of Asian descent, in shootings at three Atlanta-area massage businesses was indicted Tuesday on murder charges, and a prosecutor filed notice that she’ll also seek hate crime charges and the death penalty. 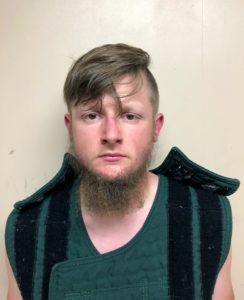 A Fulton County grand jury indicted Robert Aaron Long, 22, in the March 16 slayings of Suncha Kim, 69; Soon Chung Park, 74; Hyun Jung Grant, 51; and Yong Ae Yue, 63. The indictment only covers those four killings that happened at two spas in Atlanta, and not the attack in Cherokee County in which Xiaojie “Emily” Tan, 49; Daoyou Feng, 44; Delaina Yaun, 33; and Paul Michels, 54, were killed.

Fulton County District Attorney Fani Willis also filed notice that she intends to seek hate crime charges and the death penalty against Long, who is white. The hate crime charges are based on the actual or perceived race, national origin, sex and gender of the four women killed, the notice says.

Georgia’s new hate crimes law does not provide for a stand-alone hate crime. After a person is convicted of an underlying crime, a jury must determine whether it’s a hate crime, which carries an additional penalty.

The domestic terrorism charge says Long committed a series of illegal acts “which were interrelated by distinguishing characteristics, with the intent to cause serious bodily harm and to kill individuals and groups of individuals, and with the intent to intimidate the civilian population of this state and of its political subdivisions.”

Four of the aggravated assault charges have to do with the shootings of the four victims who died. For the fifth, the indictment says Long pointed a gun at another woman, causing her “reasonable apprehension of immediately receiving a violent injury.” The notice of intent to seek hate crimes charges says she was targeted based on her actual or perceived sex and gender.

Long was arrested the night of the shootings on murder charges and is being held without bond after waiving an initial court appearance in March in Cherokee County Magistrate Court. A Cherokee County grand jury was scheduled to meet Monday and Tuesday this week, but it was not immediately clear whether prosecutors presented potential charges to the grand jury for the shooting at a spa near suburban Woodstock in which four were killed and one person was wounded.

Willis’ decision to seek the death penalty is a departure from her stance during her campaign to be district attorney last year.

During a candidate forum last year, Willis answered yes when asked: “Will you commit to refuse to seek the death penalty?” 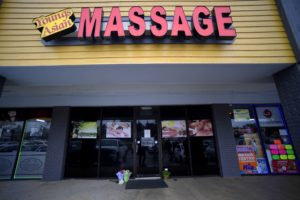 FILE-In this Wednesday, March 17, 2021 file photo, A make-shift memorial is seen outside a business where a multiple fatal shooting occurred on Tuesday, in Acworth, Ga. Robert Aaron Long, 22, accused of killing eight people, six of them women of Asian descent, in shootings at three Atlanta-area massage businesses was indicted Tuesday, May 11, 2021, on murder charges, and a prosecutor filed notice that she’ll also seek hate crime charges and the death penalty. (AP Photo/Mike Stewart, File)

The killings are eligible for the death penalty because each was committed while Long was in the act of committing another capital offense, namely the killings of the victims, the notice of intent says. Each killing was also “outrageously or wantonly vile, horrible, or inhuman in that it involved depravity of mind” and was committed during an act of domestic terrorism, the notice says.

Police have said Long shot and killed four people, three of them women and two of Asian descent, at Youngs Asian Massage near Woodstock just before 5 p.m. on March 16. He also shot and wounded a fifth person, investigators said.

He then drove about 30 miles (50 kilometers) south to Atlanta, where he shot and killed three women at Gold Spa before going across the the street to Aromatherapy Spa and fatally shooting another woman, police have said. All of the Atlanta victims were women of Asian descent.

After the shootings at the two Atlanta spas, Long got back into his car and headed south on the interstate, police said.

Long’s parents called authorities to help after recognizing their son in still images from security video that the Cherokee County Sheriff’s Office posted on social media. They provided cellphone information that allowed authorities to track their son to rural Crisp County, about 140 miles (225 kilometers) south of Atlanta.

State troopers and sheriff’s deputies spotted his SUV on Interstate 75, and one of them forced Long to spin to a stop by bumping his vehicle. Long then surrendered to authorities.

In an initial interview with investigators, Long claimed to have a “sex addiction,” and authorities said he apparently lashed out at businesses he viewed as a temptation. But those statements spurred outrage and widespread skepticism given the locations and that six of the eight victims were women of Asian descent. 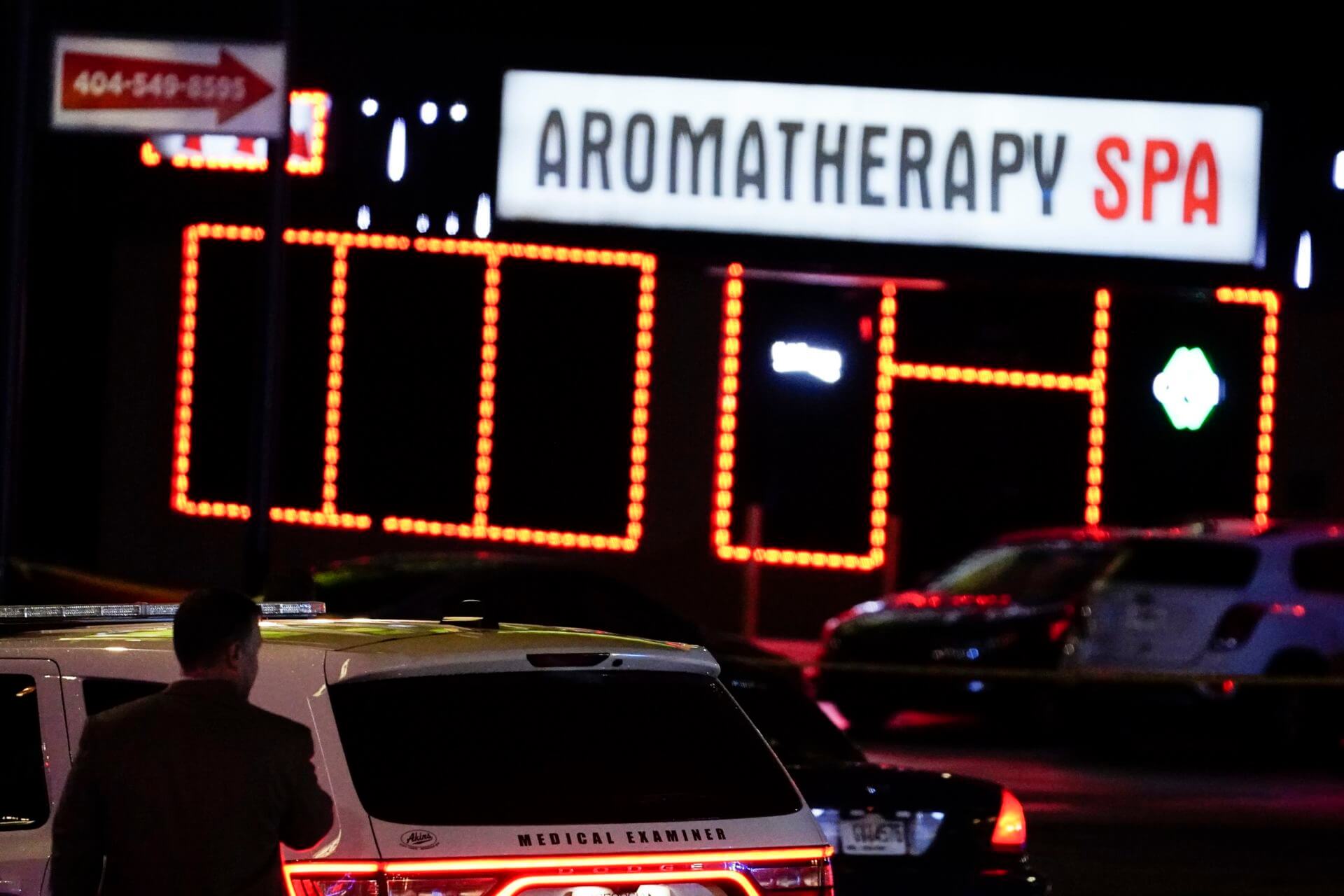 FILE-In this Tuesday, March 16, 2021, file photo, officials stand in front of a massage parlor after a shooting, in Atlanta. Robert Aaron Long, 22, accused of killing eight people, six of them women of Asian descent, in shootings at three Atlanta-area massage businesses was indicted Tuesday, May 11, 2021, on murder charges, and a prosecutor filed notice that she'll also seek hate crime charges and the death penalty. (AP Photo/Brynn Anderson)
MORE NEWS