NEW HAVEN, Conn. (AP) — A Connecticut rabbi convicted of repeatedly sexually abusing a teenage boy more than a decade ago was sentenced Monday to 12 years in prison. 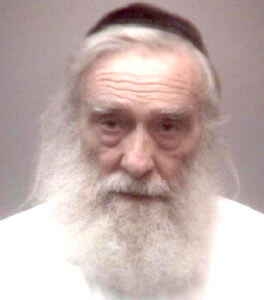 Superior Court Judge Jon Alander imposed the punishment on Daniel Greer, 79, of New Haven, whose lawyer has said he expects to appeal the convictions. Greer, who denies the allegations, also would have to register as a sex offender for 10 years after the prison time.

Alander said Greer’s sexual abuse was a “monumental betrayal” and “a colossal violation of trust,” the New Haven Register reported.

A New Jersey man, Eliyahu Mirlis, alleged Greer sexually abused him when he attended the Yeshiva of New Haven school in 2002 and 2003. Mirlis, now 32, called Greer a “monster,” in a statement read by a prosecutor. Mirlis attended the sentencing.

The Associated Press generally does not name sexual assault victims, but Mirlis wanted to come forward.

Greer, who founded Yeshiva of New Haven, declined to speak at the sentencing, citing the appeal.

A jury convicted Greer in September of four counts of risk of injury to a minor.

Mirlis said Greer sexually assaulted him on school property, in the bedroom of Greer’s New Haven home and at motels in Branford and in Philadelphia and Paoli, Pennsylvania, among other places.

Mirlis was awarded $15 million in a federal civil lawsuit against Greer, who is appealing.